Since the 1950s, the production of plastic has outpaced that of almost every other material. Plastic is an essential component of many items, including water bottles, combs, and beverage containers. Television, computer, car, house, refrigerator, and many other essential products utilize plastic materials to make our life easier and more straightforward. This post makes an attempt to classify & differentiate these commonly used & popular types of plastic.

Plastics can be divided into two major categories:

B. Thermoset or thermosetting plastics.

Types of Plastic & Their Applications:

Types of Plastic & Their Recycle Codes:

In 1988, the Society of the Plastics Industry (SPI) established a classification system to help people properly recycle and dispose of their plastics. Today, manufacturers follow this coding system and place a number, or SPI code, on each product, usually molded into the bottom. 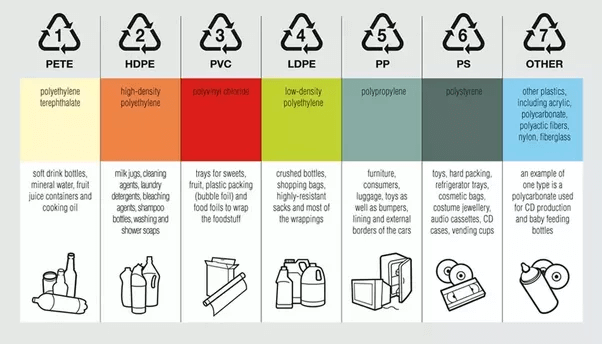