Even though health, as a sector, does not appear in many places of the Indian Constitution, there are indirect and tacit references to health of the people and the role the state has to play in the development of health of the people. While the Union Government is responsible for inter-state migration; Inter-State quarantine, the state government is directly responsible for public health and sanitation, hospitals and dispensaries. Like other states, Public Healthcare forms an integral aspect of public policy of state government and state spends around 5% of state budget on health services. 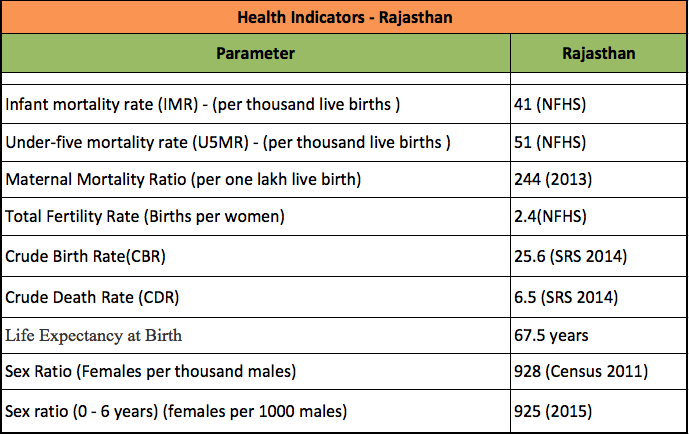 Under budget & Under Utilization:

In June 2015, Rajasthan Government decided to run PHC public-private partnership (PPP) mode. There were 2,082 PHCs operating in Rajasthan. In first phase, 90 out of these 2082 were handed over to be run in PPP mode.  Selection of private partners  was done through the open bidding system and private operators were asked provide doctors, paramedics and other staff, free OPD, and 24-hour emergency scheme among other things. Readmore

In the last few years Information Technology in health sector has been a game changer in healthcare industry and  is bound to continue as the industry strives to automate medical records, improve electronic reporting, simplify daily work flows and increase cost savings by streamlining work efforts.

Providing quality health services to all citizens is the duty of the government for which national health policies have been drafted and must be implemented. The state government needs to develop complementary and alternative medicine centres, super specialty healthcare institutions to ensure qualitative delivery of healthcare at pocket-friendly cost. The government should also promote development of centers of excellence for medical care, investment of private sector in medical healthcare institutions and support units (diagnostic centers, blood banks and paramedical training institutions), and also take steps towards promotion of medical tourism.