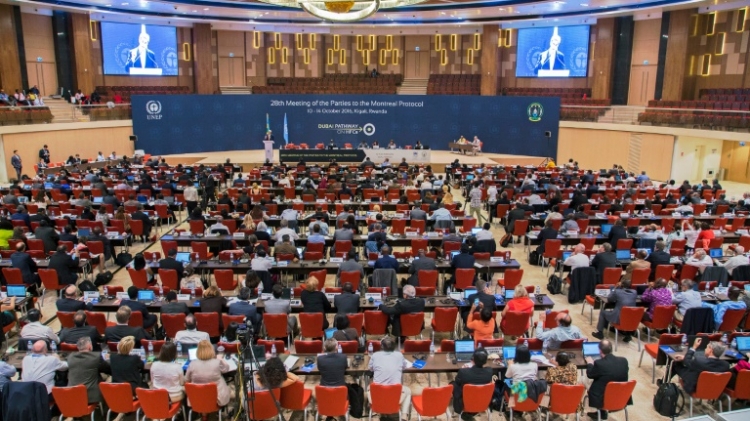 What is Kigali Agreement?

Kigali Agreement is the Hydroflurocarbon (HFC) Amendment to the Montreal Protocol, agreed to at the 28th Meeting of Parties at Kigali, Rwanda.

This was about  Kigali Agreement, but in order to truly appreciate its importance, one needs to understand the issue of HFC, Global Warming and Ozone depletion in some detail.

HFC or “Hydrofluorocarbons” are a type of gas, used widely for refrigeration. Three main HFCs used are HFC-23, HFC-134a and HFC152a.

What is the issue with HFC?

Initially HFC were not used for refrigeration, instead another gas CFC or Chlorofluorocarbons were used. But the problem with CFC was that it was causing depletion of  ozone layer. Hence, use of CFC was banned and use new gas HFC was proposed. Now,  HFC  was used as refrigeration gas, this gas did not cause depletion of ozone layer but it had another problem, it contributed to Global Warming. Hence the problem with HFC is, it is a powerful greenhouse gas with long atmospheric lifetimes (14 years).

What is Vienna Convention and Montreal Protocol ?

Now as we mentioned before, there was a problem of Ozone layer depletion, hence, world leaders came together and organized a Convention in Vienna(Austria) in 1985 in which a treaty called as Vienna Convention for the Protection of the Ozone Layer was signed.

In simple terms, The Vienna Convention is  for the Protection of the Ozone Layer and the Montreal Protocol is on Substances that Deplete the Ozone Layer.

Importance of these Agreements:

What is India Doing?