Kaveri river origins at Talakaveri, Kodagu in Karnataka and flows generally south and east through Karnataka and Tamil Nadu and across the southern Deccan plateau through the southeastern lowlands, emptying into the Bay of Bengal through two principal mouths in Poompuhar, Tamilnadu. 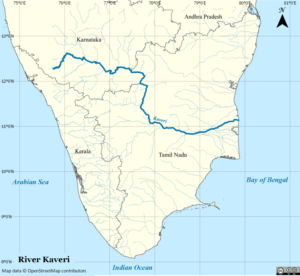 Confusion 1: Over creation of Tribunal? 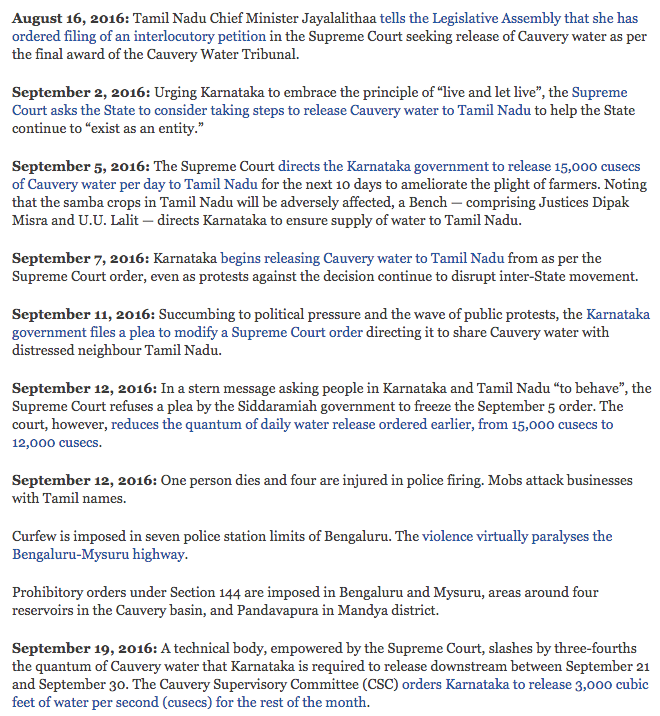 In the absence of copious monsoons, it looks impossible that both states can be given ‘sufficient’ shares to keep both states happy. It is of supreme importance for both the states to except the spatial and temporal conditions as gifted and develop alternate sources of water for farmers in both the states. Care should be taken to not let the row affect inter-state relations, because the issue strikes an “emotional note” with the people on both sides. Keeping the interest of farmers on both sides in mind, the governments should initiate a serious dialogue.

It is time for Karnataka and Tamil Nadu to take a hard look at their agricultural economies: the area under cultivation, the number of crops per year and the water-intensive nature of the crops. Unless these are adjusted to suit the water availability, such disputes will keep surfacing.