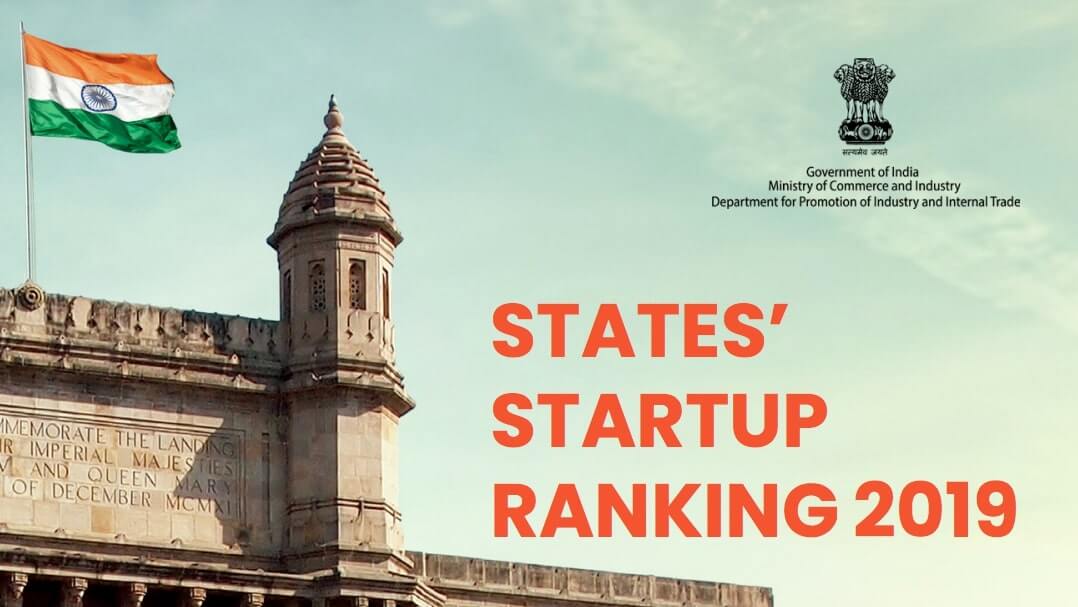 India is the 3rd largest startup ecosystem in the world with about 32 Unicorns (valuation greater than 1 billion $) and about 28,000+ recognised startups. The Department for Promotion of Industry and Internal Trade (DPIIT) conducted the the States’ Startup Ranking 2019 Exercise (second edition), with the key objective to foster competitiveness and propel States and Union Territories to work proactively towards uplifting the startup ecosystem. On 11th September 2020, the Results of the Ranking of States on Support to Startup Ecosystems 2019 were released by Minister of Commerce & Industry and Railways Shri Piyush Goyal.

As per the 2019 Report, Gujarat and Andaman & Nicobar Islands have the best startup ecosystem in India in their respective categories.

The Ranking of States on Support to Startup Ecosystems  was initiated by the Department for Promotion of Industry and Internal Trade (DPIIT)  with objectives of:

To ensure seamless dissemination of information and transparent system for collection of responses from the states and Union Territories (UTs), the State Startup Ranking Portal was launched on 6th Feb 2018 alongside the launch of State Startup Ranking Framework, 2018. The portal is available on portal link.

As a part of State Ranking Framework 2019, DPIIT has discussed key learnings from the ranking exercise conducted in 2018 and held consultation workshops with the states.

To establish uniformity and ensure standardization in the ranking process, States and UTs have been divided into two groups. While UTs except Delhi and all States in North East India except Assam are placed in Category ‘Y’. All other States and UT of Delhi are in Category ‘X’.

A total of 22 States and 3 Union Territories participated in the exercise. Evaluation Committees comprising independent experts carried out a detailed assessment of responses across various parameters.

For the purposes of Ranking, States are classified into 5 Categories:

Within each category, entities are placed alphabetically. States are also recognised as Leaders in 7 reform areas of support to startups.