The Composition & Structure of Earth’s Atmosphere is among the many things unique that allows earth to sustain life forms. Atmosphere is defined as mass of air surrounding a planet, held by planet’s gravity. Earth’s atmosphere extends up to about 1600 km from the earth’s surface. However, 99 % of the total mass of the atmosphere is confined to the height of 32 km from the earth’s surface. The permanent gases whose percentages do not change from day to day are nitrogen, oxygen and argon.  Nitrogen accounts for 78% of the atmosphere, oxygen 21% and argon 0.9%.

The atmosphere is composed of gases, water vapour and dust particles. Nitrogen and Oxygen together account for close to 99% of Atmosphere. However, the composition of the atmosphere is not static and it changes according to the time and place.

The density of Earth’s Atmosphere is highest near the surface of the earth and decreases with increasing altitude. The column of atmosphere is divided into five different layers depending upon the temperature condition. They are: 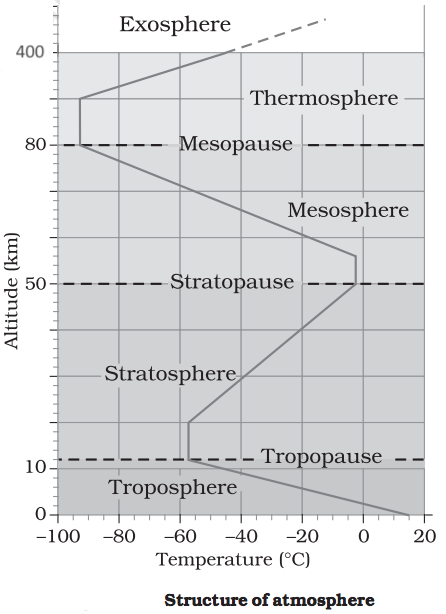 Energy flow and nutrient circulation are the major functions of the ecosystem. While the flow of energy is unidirectional with loss of energy at each tropic level through respiration, nutrients get circulated between living and non-living components indefinitely. This movement of nutrients and other materials in circular manner is termed as Biogeochemical cycles.

Biogeochemical cycles are basically divided into two types based on the reserve of principal Nutrients: 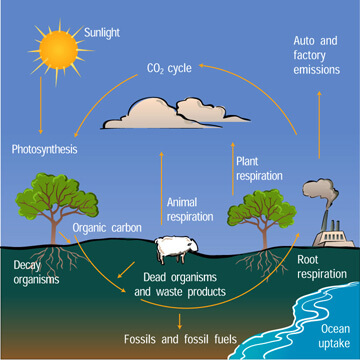 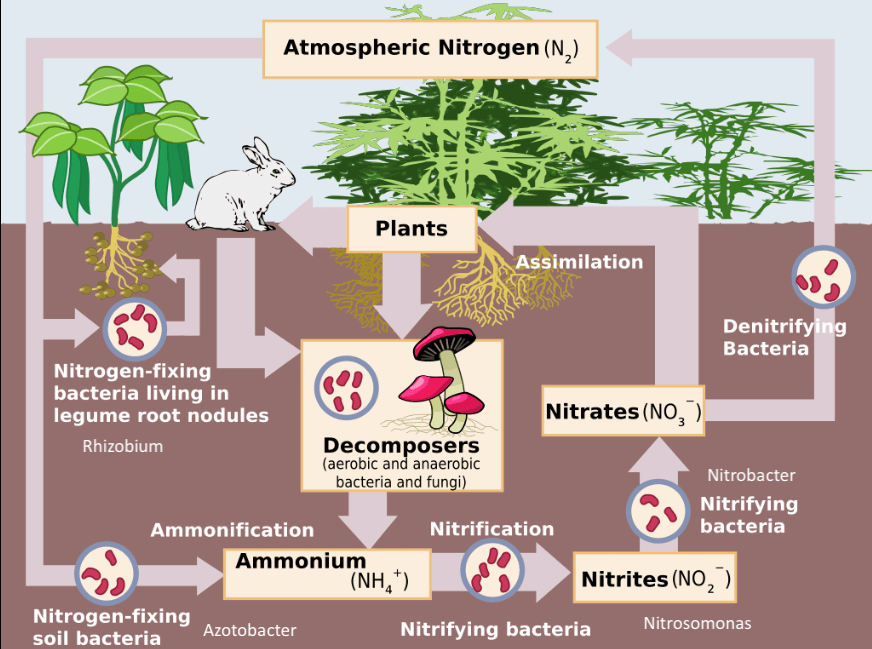 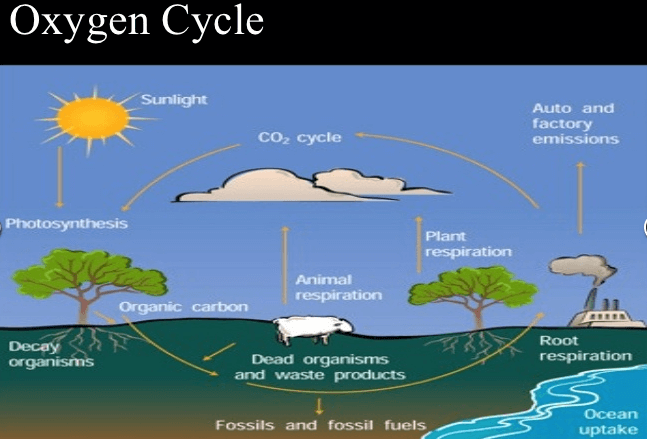 Distribution of Surface Water on Earth: 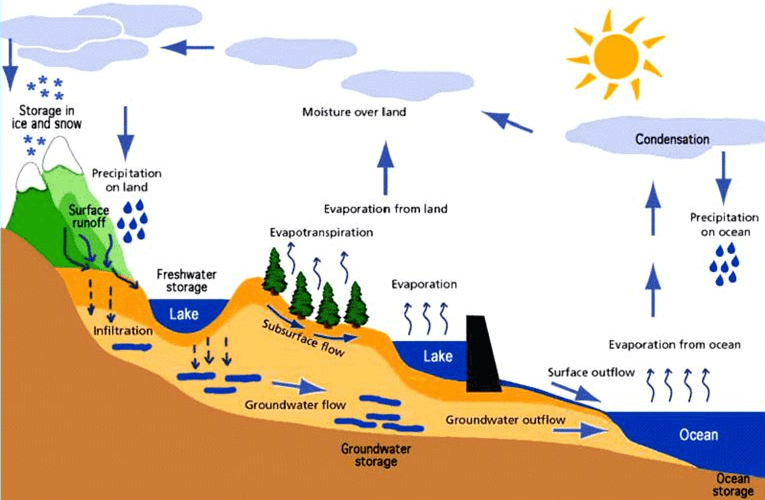