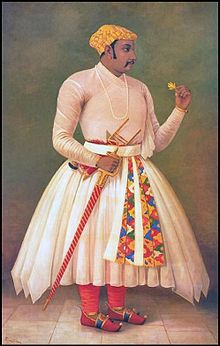 In 1606, Rana Amar Singh defeated and killed Sultan Khan, the Mughal prince Muhammad Parviz fled from the battlefield with his commander Asaf Khan.

Background of Second Battle of Dewair:

Rana Amar Singh became the ruler of Mewar after death of his father Maharana Pratap in Chavand on 19 January 1597. He swore to maintain their fight against the Mughals and to re-conquer Chittor. Rana Amar Singh successfully inflicted defeats to multiple expeditions sent by Jehangir.

Alarmed at these successive defeats, Jehangir prepared a new army to wage a fresh war against Mewar.

Consequences of Second Battle of Dewair

Jehangir didnot stop after the successive defeat in Battle of Dewair and in 1608, sent another army under Mahabat Khan in which though Mughals won but they could not make any decisive change to ground situation. Seventeen pitched battles were fought by Amar Singh after death of Maharana Pratap, when Jehangir assembled a yet more mighty army under prince Khoorum (Shah Jehan). Rana Amar Singh with his son Karan Singh again resolved to fight, but the forces were unmatched and caused much damage to life and property of Mewar.

Ultimately in 1615, Amar Singh entered into a treaty with Shah Jahan (who negotiated on behalf of Jehangir).