During her budget 2019-20 speech in July 2019, Union finance minister, Nirmala Sitaraman highlighted the government thrust on Zero based natural farming as one of the possible solution for doubling farmer’s income. Later, Rajasthan Chief Minister, Ashok Gehlot also announced that State Budget 2019-20 will encourage ‘natural farming’. Consequently it has been decided that Zero Budget Natural Farming will be taken up in 36 Gram Panchayat of Banswara, Tonk and Sirohi at the cost of `10 crore, benefiting 20 thousand farmers.

What is Zero Budget Natural Farming ?

Subhash Palekar, an agriculturalist from Belora village of Amravati district in Maharashtra’s Vidarbha region is the creator of the ‘Zero Budget Natural Farming’ model in India. The word ‘budget’ refers to credit and expenses, thus the phrase ‘Zero Budget’ means without using any credit, and without spending any money on purchased inputs. ‘Natural farming’ means farming with Nature and without chemicals.

Zero budget natural farming (ZBNF) is a method of chemical free agriculture based out of traditional Indian practices. It has attained wide success in southern India, especially the southern Indian state of Karnataka where it first evolved. Additionally, in this method of farming, the cost of growing and harvesting plants is zero. This means that farmers need not purchase fertilizers and pesticides from market to ensure the healthy growth of crops.

The Four Pillars of ZBNF

1. Jivamrita/jeevamrutha: ZBNF promotes the application of jeevamrutha — a mixture of fresh desi cow dung and aged desi cow urine, jaggery, pulse flour, water and soil — on farmland. This is a fermented microbial culture that adds nutrients to the soil, and acts as a catalytic agent to promote the activity of microorganisms and earthworms in the soil.

2. Bijamrita/beejamrutha: It is composed of similar ingredients as jeevamrutha – local cow dung, a powerful natural fungicide, and cow urine, a strong anti-bacterial liquid, lime, soil. It is used for treatment of seeds, seedlings or any planting material.

3. Acchadana – Mulching: According to Palekar, there are three types of mulching:

4. Whapasa – Moisture: Palekar challenges the idea that plant roots need a lot of water, thus countering the over reliance on irrigation in green revolution farming. According to him, what roots need is water vapor. Whapasa is the condition where there are both air molecules and water molecules present in the soil, and he encourages reducing irrigation, irrigating only at noon, in alternate furrows ZBNF farmers report a significant decline in need for irrigation in ZBNF.

Besides above, The ZBNF method also promotes intercropping, contours and bunds, revival of local species of earthworms and usage of cow dung and discourages intensive irrigation and deep ploughing. 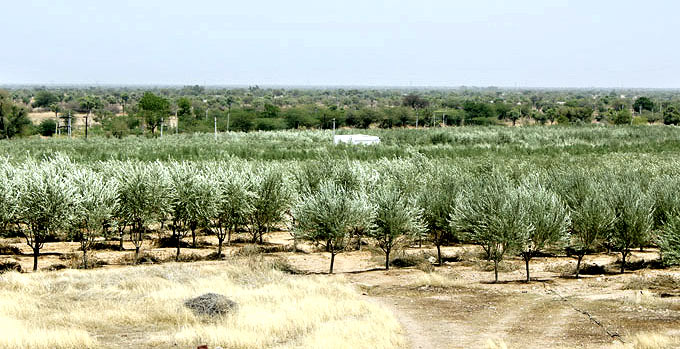