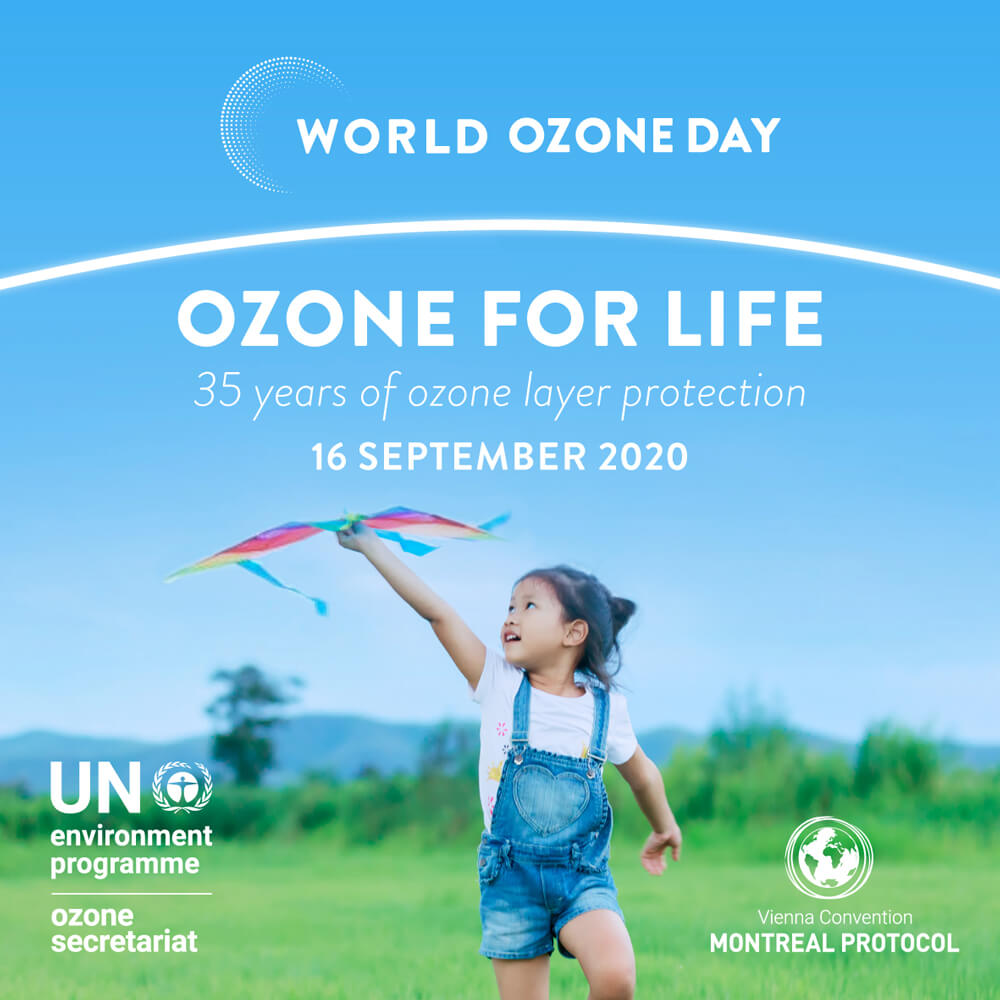 On September 16, 1987, the United Nations together with 45 other countries signed the Montreal Protocol, on substances that deplete the Ozone layer. Every year this day is celebrated as the International Day for the Preservation of the Ozone layer or World Ozone Day. Consequently, World Ozone day 2020 is being celebrated across the world today, to mark 35 years of the Vienna Convention for the protection of the ozone layer.

What is Ozone layer & Why it is so Important ?

The Ozone layer or also known as Ozone shield, a delicate layer of gas, in the Earth’s stratosphere absorbs most of the Sun’s ultraviolet rays. These rays can cause a numerous skin diseases. In the last few years, the ozone layer has depleted extensively.

What is Montreal Protocol ?

The purpose of the Montreal Protocol is to protect the Ozone layer by reducing the production of substances that are supposed to be responsible for Ozone layer depletion.

On September 16, 1987, the United Nations together with 45 other countries signed the Montreal Protocol, to limit and ultimately phase out the production of manmade chemicals like chlorofluorocarbons (CFCs) and 95 other ozone-depleting materials.

On December 19, 2000, The United Nations General Assembly designated September 16 as World Ozone Day in the memory of the date of inking of Montreal Protocol. Since then, September 16th has been celebrated as the #WorldOzoneDay.

Thanks to the Montreal Protocol, the ozone layer is healing and expected to return to pre-1980 values by mid-century. In support of the Protocol, the Kigali Amendment, which came into force in 2019, will work towards reducing hydrofluorocarbon (HFCs), greenhouse gases with powerful climate warming potential and damaging to the environment.

World Ozone Day 2020 celebrates this achievement. It shows that collective decisions and action, guided by science, are the only way to solve major global crises. In this year of the COVID-19 pandemic that has brought such social and economic hardship, the ozone treaties’ message of working together in harmony and for the collective good is more important than ever. The slogan of the day, ‘Ozone for life’, reminds us that not only is ozone crucial for life on Earth, but that we must continue to protect the ozone layer for future generations.

World Ozone Day shows that collective decisions and action, guided by science, are the only way to solve major global crises.