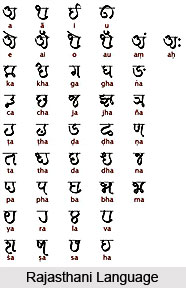 The Rajasthan State government is developing a unified unicode of Rajasthani languages for international recognition. The initiative will also help in the claim to get it included in the Eighth Schedule of the Constitution.

Rajasthani language, which is a composite form of 10 languages, doesn’t have an official unicode, thereby restricting its access and spread among the millennial populace.

What is Unicode of Language ?

A Unicode is a computing translation of alphabets recognised by software. This encoding standard provides the basis for processing, storage and interchange of text data in any language in all modern software and information technology protocols.

The project has been conceived and handled by Rajasthan State Archives, Bikaner (RSAB). The software is being developed by the Centre for Development of Advanced Computing, a subsidiary of the ministry of communications and information.

The project aims to translate the erstwhile princely state languages in Hindi and discover the untold facets of their jurisprudence. The project will change the course of Rajasthan’s history by adding new elements in culture, food, dress, medicine, science, governance and innovation

In 2003 the State Assembly had passed a resolution for including the Rajasthani language in the Eighth Schedule. Recently, the Chief Minister of Rajasthan, Mr. Gehlot, wrote a letter to Prime Minister Narendra Modi urging him to give due recognition to the state language.