In order to foster a healthy competition between cities, the Ministry of Urban Development (MoUD) started the “Swachh Survekshan” survey in 2016 which rated 73 cities across the country. Following, the second round of Swachh Survekshan was conducted in January 2017, among 500 cities in India, with a population of 1 lakh and above.

The components covered in the survey included:

The Swachh Survekshan 2017 report was released by the Union government recently.  Indore and Bhopal both from Madhya Pradesh, turned out to be the top two cleanest cities in India, while Gonda in Uttar Pradesh came out as the dirtiest city in India.

The low ranking of the state was anticipated. Only two cities, Dungarpur and Deoli, were declared as ODF by the Centre. Five towns in the Rajasthan also figured in the bottom 50.  The results show that Rajasthan needs to step up efforts to improve sanitation standards in urban areas. 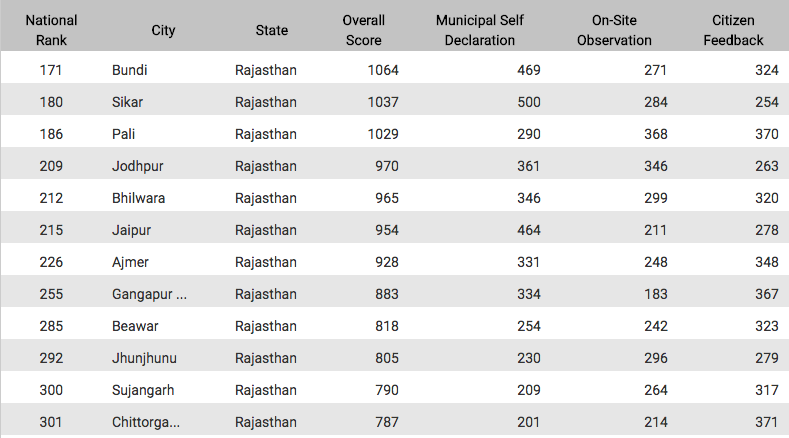