The Union Ministry of Home Affairs has declared 31st October, 2016 as the Rashtriya Ekta Diwas with ‘Integration of India’ as the theme. The Government of India had decided to observe the birth anniversary of Sardar Vallabhbhai Patel as the ‘Rashtriya Ekta Diwas’ (National Unity Day) on 31st October every year.
Quick fact: October 31 is also the death anniversary of former Prime Minister Indira Gandhi. 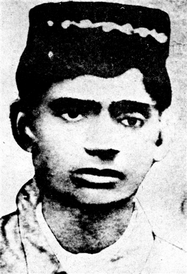 Sardar Patel was born on October 31, 1875 at Nandiad (dist Khera, Gujarat), around 200 kms from Surat. His father was Jhaverbhai Patel and mother Laad Bai and had three brothers and one sister. His elder brother, Vithalbhai Patel (1873-1933),  was an Indian legislator and political leader, co-founder of the Swaraj Party, and the first Indian to become President (Speaker) of the Central Legislative Assembly.
Early Life:
After passing the bar examination, Vallabhbhai Patel practised law at Godhra, Borsad and Anand in Gujarat. At 36, Patel travelled to England and enrolled in the Middle Temple Inn, a school for barrister. He finished a 36-month course within just 30 months and topped the final examination despite having no previous college experience. In 1913, Patel came back to India and started his law practice. For his Excellencies in Law, Vallabhbhai was offered many lucrative posts by the British Government but he rejected all.

Sardar Patel’s foray into the freedom struggle was inspired by Mahatma Gandhi, whom he met during a meeting in Godhra. From then on they became friends and Patel started following Gandhiji’s activities. The defining moment came in 1918, when peasants of Kheda District were in extreme distress due to failure of crops and their appeals for remission of land revenue were ignored by government.
The Gujarat Sabha, of which Gandhi ji was the president and Vallabhbhai Patel secretary, advised the peasants to withhold the tax and fight against such tyranny. Vallabhbhai Patel supported by Congress volunteers Narhari Parikh, Mohanlal Pandya and Abbas Tyabji, began a village-by-village tour in the Kheda district, documenting grievances and asking villagers for their support for a statewide revolt by refusing the payment of taxes. The government agreed to negotiate with Patel and decided to suspend the payment of revenue for the year, even scaling back the rate.

Borsad was plundered by dacoits, the government could not catch the culprits. However, the government prepared to levy a major tax for fighting dacoits in the area. More than 6,000 villagers assembled to hear Patel speak and supported the proposed agitation against the tax, which was deemed immoral and unnecessary.  Every village in the taluka resisted payment of the tax, and through cohesion, also prevented the seizure of property and lands. After a protracted struggle, the government withdrew the tax. One of Patel’s key achievements in the agitation was the building of cohesion and trust amongst the different castes and communities, which were divided on socio-economic lines

This Satyagraha holds special relevance in life history of Vallabhbhai Patel, as during this struggle he received the title of “Sardar” from women of Bardoli.
In April 1928, Vallabhbhai Patel returned to the independence struggle,  when Bardoli suffered from a serious predicament of a famine and steep tax hike. Vallabbhai Patel divided the taluz into 13 worker camps, each under charge of an experienced leader. A publication bureau that brought out daily Bardoli Satygarah Patrika was also setup. This patrika reported specches of leaders, details about movement, picture of Jabti taken place and other news. 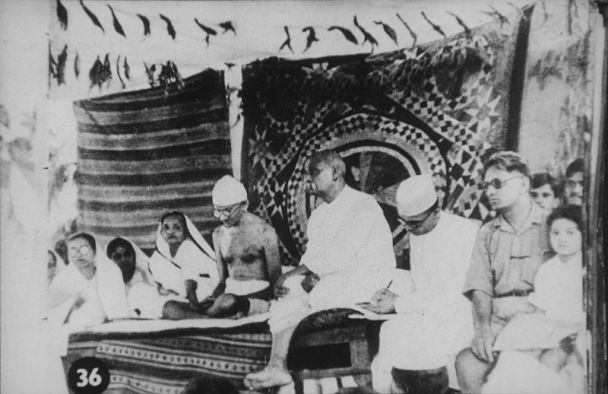 Special emphasis was placed on mobilization of women and many women activists like Mithuben Petit, Bhaktiba, Maniben Patel, Shardaben Shah and Sharda mehta joined the movement. It was during Bardoli Satygraha, from these women folk, that Vallabbhai Patel received the title of “Sardar“. and from here onwards he became famous as Sardar Patel (Bipin Chandra)
The enquiry conducted by judicial officer Broomfield & revenue officer Maxwell came to conclusion that the increase in tax was unjustified.

Sardar Patel took active part in civil disobedience movement, Sardar Patel was arrested in the village of Ras and was put on trial without witnesses, with no lawyer or pressman allowed to attend. The arrest caused the Salt Satyagraha to greatly intensify in Gujarat. Further, on his brief sojourns out of jail throughout 1930, Sardar Patel continued to provide encouragement and solace to hard pressed peasants of his native land.
Later, when he was released, he was elected Congress president in the 1931 session in Karachi. In this session, Congress ratified the Gandhi-Irwin pact, committed itself to the defense of fundamental rights and human freedoms, and a vision of a secular nation, minimum wage and the abolition of untouchability and serfdom.

In August 1942, the Congress launched the Quit India Movement. The government jailed all the important leaders of the Congress, including Sardar Patel. All the leaders were released after three years.

After India’s independence , Pandit Jawaharlal Nehru became the first Prime Minister of independent India and Sardar Patel became the Deputy Prime Minister. He was in charge of Home Affairs, Information and Broadcasting and the Ministry of States.

Sardar Patel’s organizational capacities were at test after independence.  There was a threat of India’s balkanization  as India became independent with 565 princely states, where some like Travancore wanted to remain free, whereas others like Bhopal and Hyderabad conspired to join Pakistan, though not contagious to it. The Congress as well as senior British officials considered Patel the best man for the task of achieving unification of the princely states with the Indian dominion. Gandhi had said to Patel “the problem of the States is so difficult that you alone can solve it“.
Sardar Patel asked V. P. Menon, a senior civil servant with whom he had worked over the partition of India, to become his right-hand as chief secretary of the States Ministry. Sardar patel and Menon, persuaded the princes of 565 states of the impossibility of independence from the Indian republic, especially in the presence of growing opposition from their subjects.  With great wisdom and political foresight, he consolidated the small kingdoms. Sardar proposed favourable terms for the merger, including creation of privy purses for the descendants of the rulers.  Partly by diplomacy and partly by coercion, Patel won over the princely states to join the Indian union. Force had to be applied in the case of Hyderabad, where Razakars had unleashed terror on subject population. Due to the achievement of this massive task, Sardar Patel got the title of ‘Iron Man’.

Sardar Vallabhbhai Patel’s health declined in 1950. On 2 November his health deteriorated further and was confined to bed. After suffering a massive heart attack, on 15 December 1950, the great soul left the world. 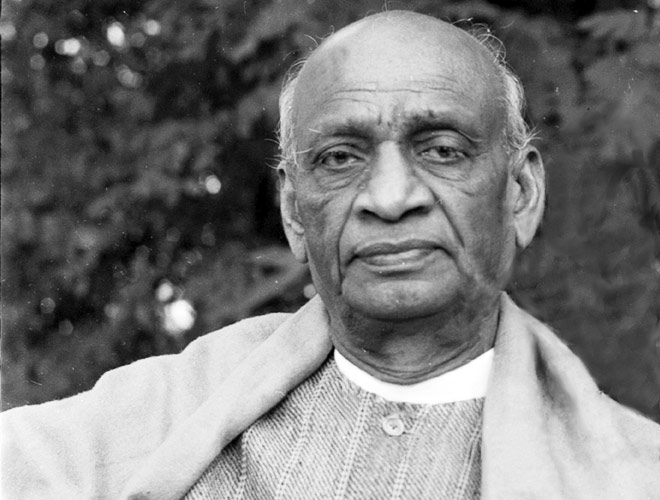