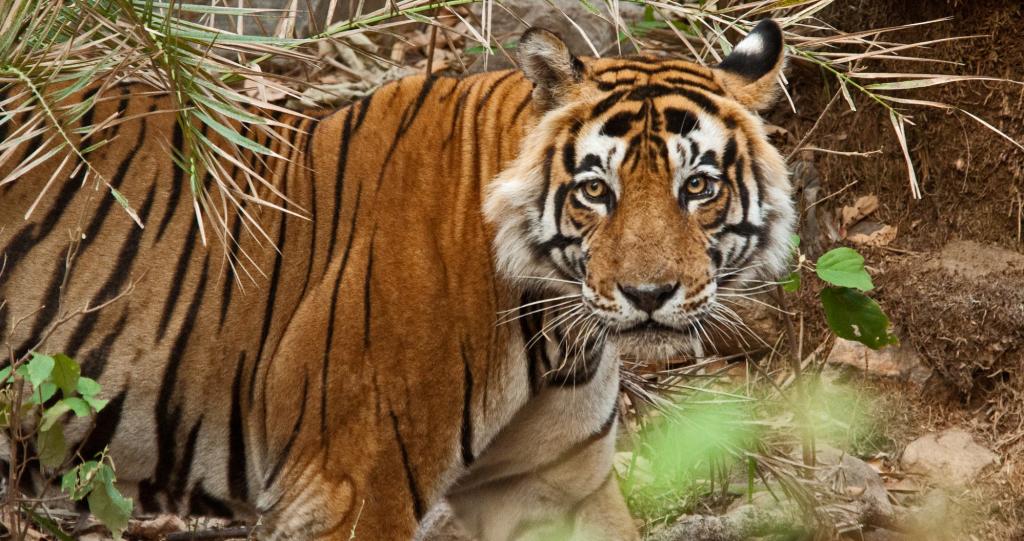 Sariska National Park is one of the most visited national parks of the country, famous for its main attraction, the Bengal Tiger. The park is spread across 273.8 square kms across mountains, grasslands, dry deciduous forests and cliffs of Aravalli range.

In 2005 no tiger was left in the area. The efforts to reintroduce tiger in the reserve have been successful. Also there is very high potential of eco tourism at Sariska because of the fact that following places of religious and cultural importance are either located inside the sanctuary or in the area adjoining the national park.

The area is rich in mineral resources. In spite of the Supreme Court’s 1991 ban on mining in the area, marble mining continues to threaten the environment.

Sarika National Park is located in Alwar district of Rajasthan, about 107 kms from Jaipur & 200 kms from the capital, Delhi.

Apart from Tiger, Sariska National Park is home to numerous carnivores including Leopard, Wild Dog, Jungle Cat, Hyena, and Jackal. These feed on an abundance of prey species such as Sambar, Chitel, Nilgai, Chausingha, Wild Boar and Langur. Sariska is also well known for its large population of Rhesus Monkeys, which are found in large numbers around Talvriksh.