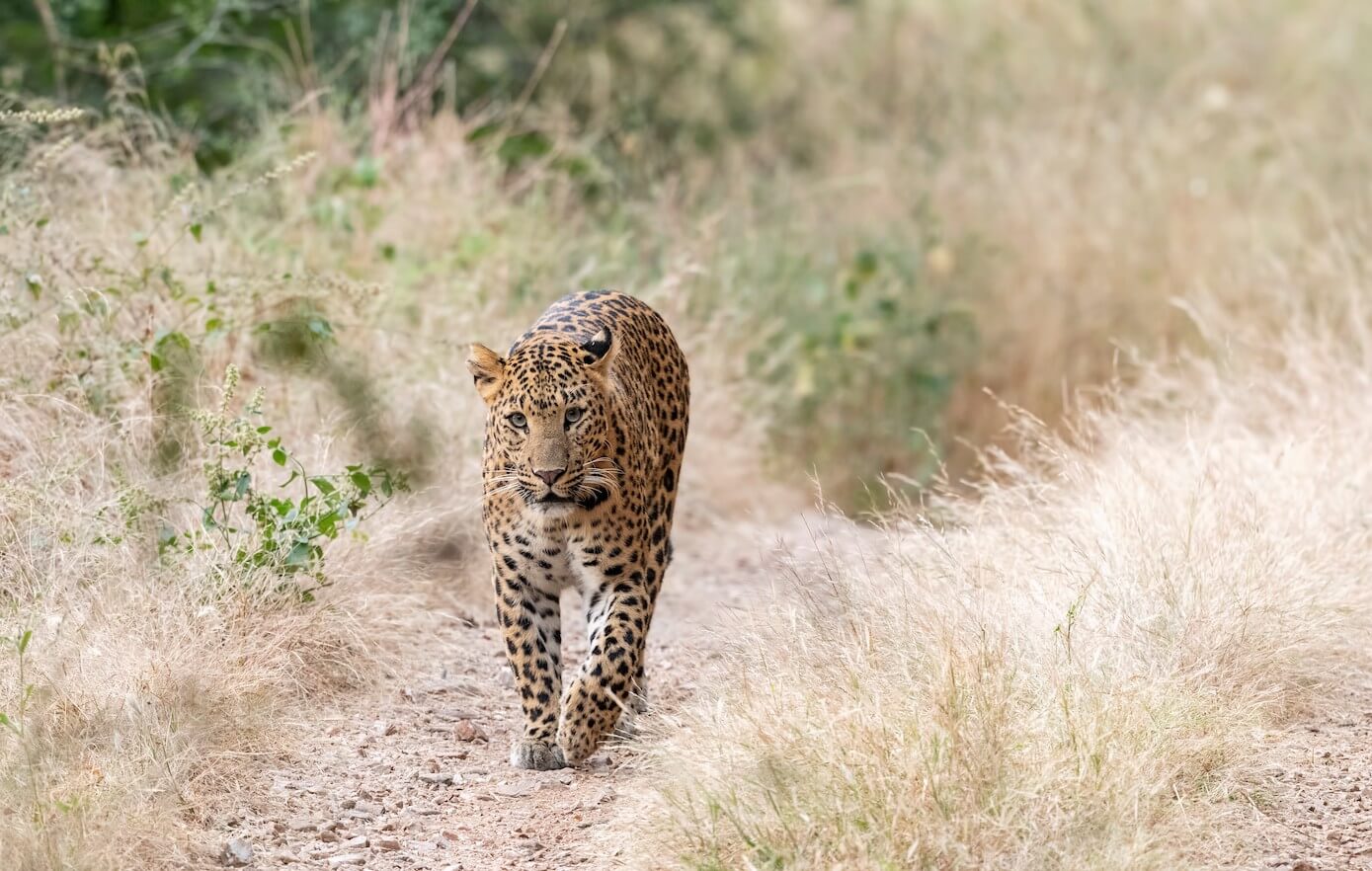 Ranthambore National Park is located in Sawai Madhopur, district of Rajasthan. It is situated at the edge of a plateau and is bounded to the north by the Banas River and to the south by the Chambal River. The park is spread over an area of 392 sq km.

Keoladeo Ghana National Park is located 2 kms south-east of Bharatpur and 55 km west of Agra. The 29 square kms park is recognised as one of the world’s most important breeding and feeding grounds of birds. The area is home to about 353 species of birds. It is also a UNESCO world heritage site, Ramsar Wetland & included in Montreux Record. Bound by Banganga river (North) and Gambhir (South) rivers nearby, the park has a well-designed system of canals, sluices and dykes serving as ideal habitat for wildlife.

Sariska is a wildlife refuge that was declared a wildlife sanctuary in 1955. In 1978, it was included in Project Tiger  and given the status of a tiger reserve. In 1979 it was upgraded to National Park. Further, 16th-century Kankwadi fort, built by Jai Singh II, is also located near the centre of the park. Sariska is famous for Bengal Tigers but other species such as such as the Indian leopard, striped hyena, Indian jackal, chital, sambhar, nilgai, chinkara, four-horned antelope, wild boar, hare, hanuman langur can also be found inside the park.

Desert National Park displays the best of the Thar desert’s ecosystem and its varied wildlife. The Park is formed of undulating sand dunes, jagged rocks, dense salt lake bottoms and inter-medial areas. The highly endangered Great Indian Bustard, one of the world’s heaviest flying birds, can also be seen here. In winter, the park hosts an incredible variety of migratory raptors such Himalayan and Eurasian Griffon Vultures, Eastern Imperial Eagle, and the Saker Falcon.

Mukundhara Hills (Darrah) National Park is situated between two parallel mountains viz. Mukundra and Gagrola which run across a length of about 80 km (from Murlipura to Rawatbhata). After Ranthambhore and Sariska, Mukundara Hills Tiger Reserve is a third big cat habitat in Rajasthan.