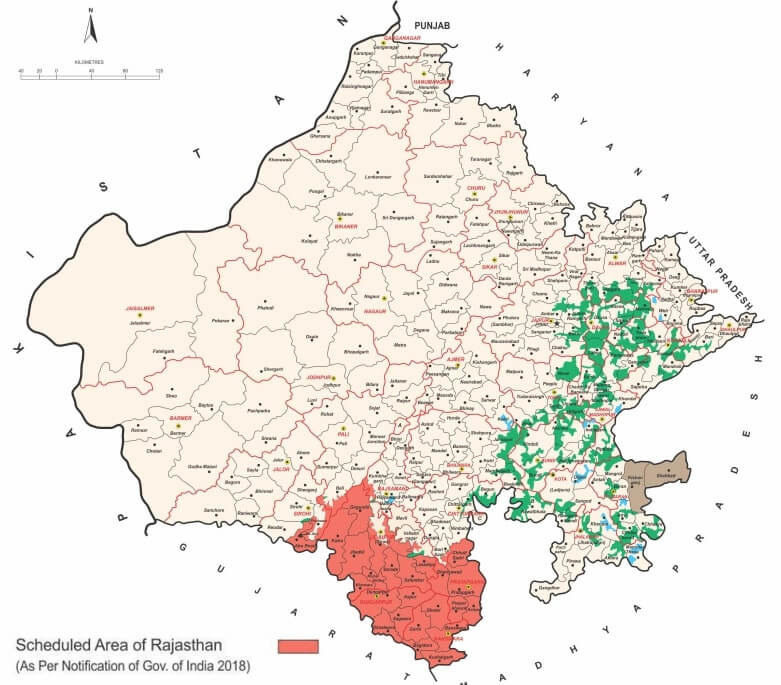 Scheduled Area of Rajasthan comprises of eight districts of south eastern part of the State including  5697 villages of the southern part of Rajasthan. Here, areas having tribal population more than 50 percent have been declared as Scheduled Areas by the Government of India through Gazette notification dated 19-05-2018.

To ensure the protection of aboriginal customs, culture of the tribes and prevent alienation of their lands and natural resources to non-tribals, Article 244 of the Constitution has the provision for declaration of Schedule V & Schedule VI areas.

Schedule VI has been used to declare schedule areas in  Assam, Meghalaya, Tripura and Mizoram.