Social Issue of Untouchability in Rajasthan 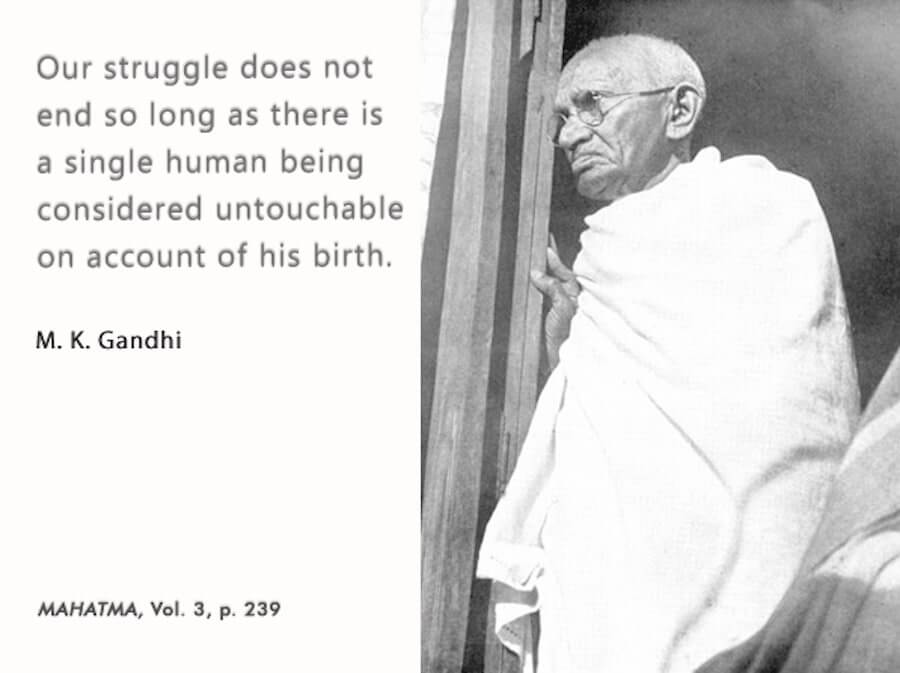 In 2018, a survey by Social Attitudes Research in India (SARI) revealed that two-thirds of the population in rural & 50 per cent of respondents in urban Rajasthan admitted to practising untouchability (1). In 2019, there was a news that a Dalit groom in Rajasthan’s Madhopura village was prevented by members of the Jat community from sitting on the mare, citing religious sentiments (2).

While many humiliating practices of the past have ceased, caste discrimination continues in many forms. Caste-based hierarchy and power are still at core of the traditional social order and determine, to a large extent, the kinds of lives that people live.

India as a society has existed for thousands of years. So it is imperative that the society is highly complex and is segregated. The segregation in early Vedic period was based on the economic activity one takes up. Though the segregation in that period was based on one’s talents, but in Later Vedic period as suggested by GS Ghurye via his indological approach, it was ascribed to birth.

As the society became populous and more complex, nearby forests were cleared. The forest dwellers out of their comfort took up menial jobs of society. These people were termed as untouchables in the society. The discrimination against them was so much that mere touch of their shadow was considered polluted and one had to take bath to purify themselves.

So basically, this segregation of groups on the basis of pollution and purity and the contempt used by so called upper castes against the lower castes is termed as untouchability. It is not only confined to the avoidance or prohibition of physical contact but to a much broader set of social sanctions and social disabilities which are ascriptive in nature with ritual framework of caste system.

The practice of untouchability is often associated with Hinduism and believed to be found only in India. But it has been prevalent by different names in Japan (the Buraku), Korea (the Paekchong), Tibet (the Ragyappa), and Burma (Pagoda slaves).

Some societies in Islam are also believed to follow a social classification scheme, where Ashrafs are given a superior status owing to their aristocratic ancestary, while Ajlafs and Arzals are confined to menial jobs and are considered “low-born”.

Theories of Origin of untouchability

Untouchability works on two levels – Manifest level – In form of incidences of violence and Latent level –where, conflicts are reflected through the behaviour of other castes towards castes considered untouchable.

Rajasthan is among the top 5 worst performing states when it comes to violence against Scheduled castes and accounts for 10.8% of all crimes against them in the country. According to the latest data available on Rajasthan Police’s website, Nagaur was among the top 5 districts in the state that reported most cases of caste atrocities in 2017.

What can be done ?

Interestingly there were two approaches proposed by the two greatest men of India:

Gandhi was supporter of Varna vyavastha as organizing principle of Indian Society. But he vehemently opposed untouchability. According to him Varna vyavastha united society while untouchability is exploitative. He wrote numerous articles like – ‘caste must go’, ‘untouchability as crime’ etc. But he mainly focused on reformative approach. He was in favour of mass action to reform the society into better world.

He was more radical in his views of caste system and untouchability. He called for total annihilation of caste and considered Gandhian view as utopian. He favoured legislative measures and political empowerment as the only way to get rid of untouchability.

Pt. Nehru’s integrationist approach also worked wonders with the integration of Forest tribes with mainstream society and preservation of their dignity.

India took this issue first hand as soon as it gained independence. India used both Gandhian and Ambedkarite approaches as necessary. In addition to reservations, there have been a number of laws passed to end, prohibit and punish caste discrimination, especially untouchability. One of the earliest such laws was the

NHRC, NCSC, NCST, and NCBC all oversee the framework of caste upliftment and untouchability abolishment with an eagle’s eye. Various NGOs like Prarthana Samaj, Arya Samaj, Brahmo Samaj etc. have been working in this regard since before independence. Need of the hour is to support all the institutions rigorously.

As a Society, What can we do ?

Untouchability in Rajasthan is a terrible reality. We may say that we don’t see it anymore but yet it exists and we see its impacts sporadically. Untouchability in Rajasthan is not just a social phenomenon. It also acts as a physical disability. It’s a crime on society as it does not let an individual reach its full potential. It impacts social, economical, cognitive aspects of human life very deleteriously.

Moreover people should understand the fact that 21st century is the age of skill in which the more the person skilled more successful and higher in hierarchy he/she is placed. We should always remember this as a country can’t progress if more than 50% of its population lags behind due to dogmas like untouchability.