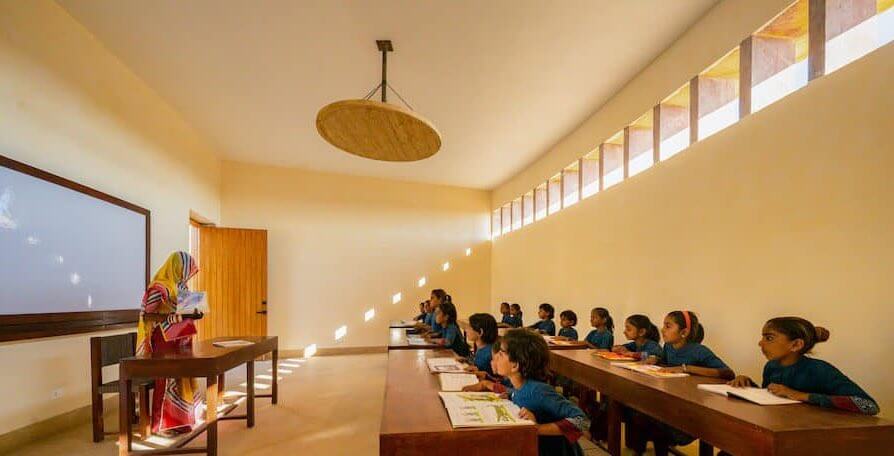 Illiteracy in Rajasthan | Rajasthan is the largest state in India and is home to 5.6% of its population. The State has a very important contribution to the national statistics like of health, education etc. It has a Human Development Index score of 0.434 in comparison to national score of 0.647. The state has been categorised as performer in SDG India Index of NITI Aayog with score of 57. However, when it comes to Literacy, Rajasthan is one of the worst performing states in India.

In 2017-18, as part of the 75th round of National Sample Survey (NSS), the National Statistical Office (NSO) conducted a nationwide study on ‘Household Social Consumption: Education in India. As per this Report, Rajasthan is one the worst performing state in India with overall 69.7% literacy rate. Further, Female Illiteracy is highest in Rajasthan with only 57.6% of its female population being literate.

Throughout most of history most people have been illiterate. In feudal society, for example, the ability to read and write was of value only to the clergy and aristocracy. The first known reference to literate laymen did not appear until the end of the 14th century.

Illiteracy was not seen as a problem until after the invention of printing in the 15th century. The first significant decline in illiteracy came with the Reformation, when translation of the Bible into the vernacular became widespread and Protestant converts were taught to read it.

Revolutionary political movements from the 18th to the 20th century generally included an attack on illiteracy as one of their goals, with the Soviet Union, China, and Cuba being among the most successful in the 20th century.

UNESCO (ILY: Year of Opportunity) defines a literate person as ‘one who with understanding can both read and write a short simple statement on his or her everyday life’.

According to the 2011 Census, any person aged seven and above, who has the ability to read and write a simple message with understanding at least in any one language, is considered as a literate person.

Basically illiteracy can have n – number of types depending upon context. Few of them are:

This is the most specific form of illiteracy as it is the one most of us know exists: the inability to read or write. This means being unable to take in written information, from a fiction book to a menu to a business flyer or an instruction manual. This is a form of illiteracy that plagues many people, even those from otherwise successful and educated backgrounds.

This means struggle to understand money management, and that money is often the leading cause of poverty, inequality, and dissatisfaction in life. Those who lack financial literacy are often on a one-way road to poverty.

It means not having the skills you need to live, learn, and work in a society where communication and access to information is increasingly through digital technologies like internet platforms, social media, and mobile devices.

State of Literacy in India

More recently, the National Statistical Office (NSO) conducted a nationwide study on ‘Household Social Consumption: Education in India as part of the 75th round of National Sample Survey (NSS). As per this report, India’s average literacy rate stands at 77.7% with 84.7% male literacy and 70.3% female literacy. While Kerala had again the highest literacy rate in India at 96.2%, Andhra Pradesh had the least literacy rate at 66.4%.

Causes of illiteracy in Rajasthan

Low Literacy in individuals stems from different, generally inter-related causes which, together, create a series of often insurmountable barriers for those concerned. Some of the causes of adult illiteracy in Rajasthan are:

Why illiteracy in Rajasthan is a concern?

Without the basic tools necessary for achieving their goals, individuals without an adequate level of literacy cannot be involved fully and on a completely equal basis in social and political discourse.

What is being done?