A river basin is the portion of land drained by a river and its tributaries. It is considered as the basic hydrological unit for planning and development of water resources. Rajasthan is a water scarce state but there are six major river basins in the State. Major Rajasthan River Basins include:

There are more rivers like Sahibi, Ruparel and Ghaggar which have smaller catchment areas besides several streams which feed the bigger rivers.

Five of these rivers can be further divided into sub-basins as given below: 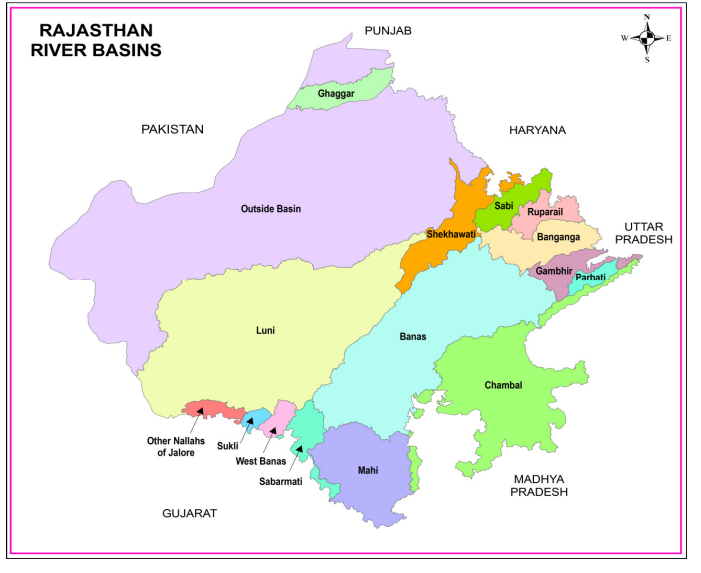 The National Water Development Agency (NWDA) under the Union Ministry of Water Resources, River Development and Ganga Rejuvenation is studying the preliminary level of the feasibility of the three river inter-linking projects in Rajasthan. The proposed links are: