Rajasthan at time of Independence

Before Independence, Rajasthan was (Rajputana) consisting of twenty-two small and big Princely States. On 5th July 1947 the State Secretariat was established with V. K Menon as its Secretary. In August 1947, at the time of Independence, Rajasthan included 19 princely state & 3 thikanas (Chiefships) of Neemrana, Lava & Kushalgarh.

Though these Princely States were declared to have been annexed to the Union of India on 15 August, 1947, the process of merger and their unification became completed in Novemeber, 1956, in 7 stages/phases.

Stages of Formation of Present State of Rajasthan

In the first stage of merger, four Princely States of Alwar, Bharatpur, Dholpur and Karauli formed the Matsya Union and it was inaugurated on 17th March, 1948. The Cabinet of this Union was formed under the Leadership of Shri Shobha Ram, from Alwar.

2nd Stage: Separate from Matsya Union, the Rajasthan Union, consisting of Banswara, Bundi, Dungarpur, Jhalawar, Kishangarh, Pratapgarh, Shahapura, Tonk and Kota, was inaugurated on 25 March, 1948. The Kota State got the honour of being the capital of this Union. The Kota Naresh was appointed as the Rajpramukh and Shri Gokul Lal Asawa was appointed as the Chief Minister. 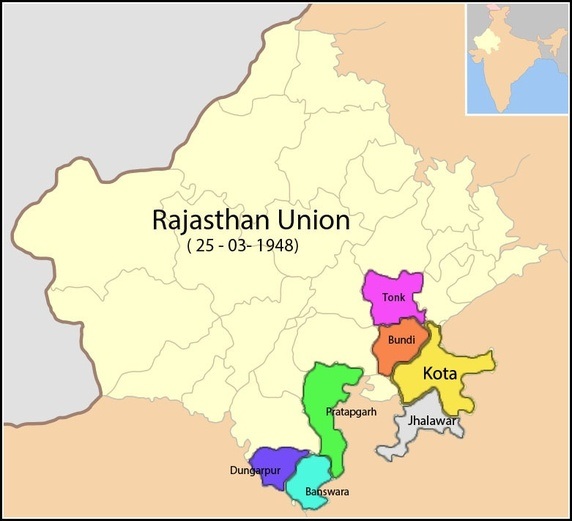 3. Formation of United States of Rajasthan

3rd Stage: But only three days after inauguration of Rajasthan Union, the Maharana of Udaipur decided to join this Union which was accepted by the Government of India. The Maharana of Udaipur was appointed as Rajpramukh and the Kota Naresh was appointed as Up- Rajpramukh of this Union and the Cabinet was formed Under the leadership of Shri Manikya Lal Verma. This United States of Rajasthan was inaugurated by Pt. Jawaharlal Nehru on 18 April, 1948. 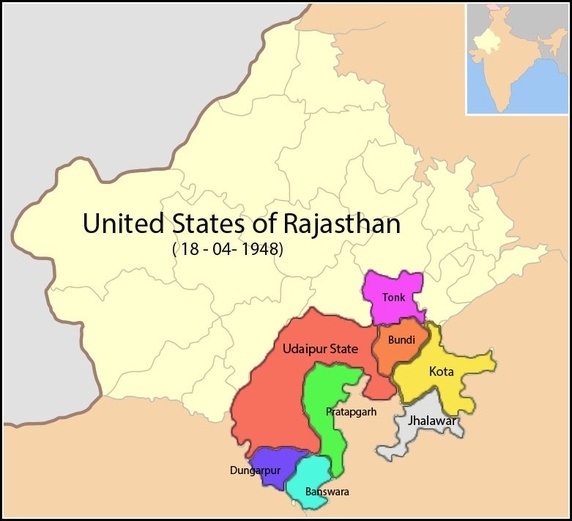 4th Stage: The formation of the United States of Rajasthan paved the way for the merger of big states like Bikaner, Jaisalmer, Jaipur and Jodhpur with the Union and formation of Greater Rajasthan. It was formally inaugurated on 30 March, 1949 by Sardar Vallabh Bhai Patel. The Maharana Bhupal Singh of Udaipur was appointed as the Maha-Rajpramukh and the Kota Naresh was appointed as the Up- Rajpramukh and the Cabinet was formed under the leadership of Shri Hira Lala Shastri.

Trivia: Rajasthan Day: 30th March (based on this stage) 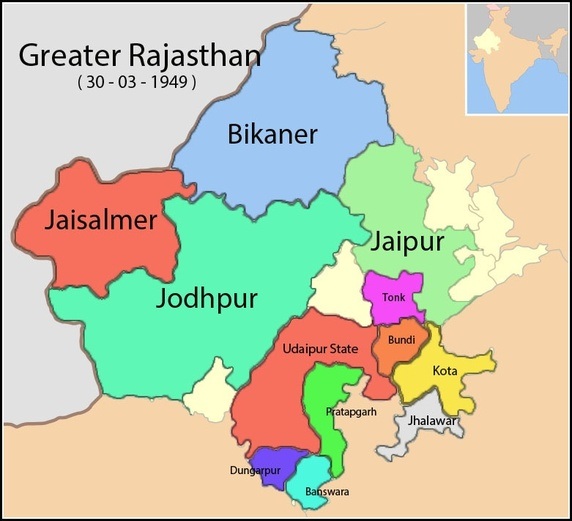 5th Stage: Finally, Matsya Union was merged with Greater Rajasthan on 15 May, 1949. The post of Prime minister was discontinued and a Chief minister office was constituted. ‘Hiralal Shastri‘  became the first Chief Minister of Rajasthan. 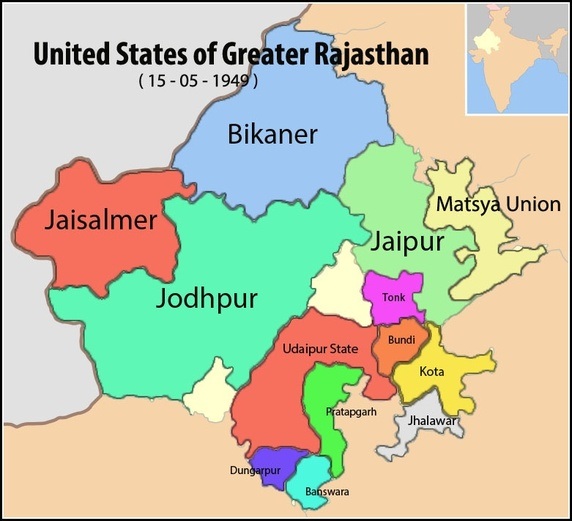 6th Stage:  In 6th Stage, 18 states of United Rajasthan & princely state of Sirohi got merged with exception of Abu & Delwara. It was completed by 26 Jan 1950. 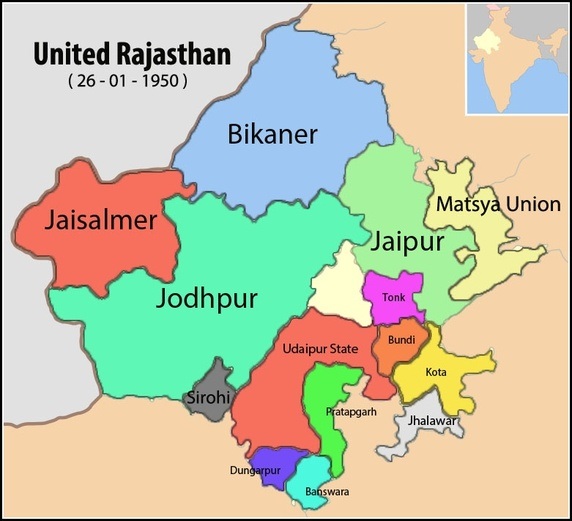 7th Stage: This stage completed the integration, formation and reorganization of state of Rajasthan and took place because of State Re-organization Act of 1956. Under this, the erstwhile part ‘C’ State of Ajmer, Abu Road Taluka, former part of princely State Sirohi which was merged in former Bombay, State and Sunel Tappa region of the former Madhya Bharat merged with Rajasthan and Sironj subdistrict of Jhalawar district was transferred to Madhya Pradesh. The process got completed on 1 November 1956 and Mohanlal Sukhadia  became Chief Minsiter and Gurumukh Nihal SIngh became Governor. 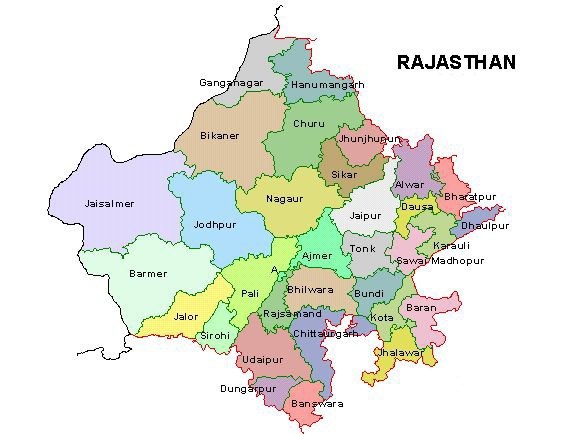 When is Rajasthan State Day ?

Rajasthan State Day is celebrated every year on 30th March.

At the time of State Reorganisation of 1956, Rajasthan had how many districts ?

When State reorganization of 1956 came to place on 01 November 1956, there were 26 districts in Rajasthan.

Which was the first district formed after state reorganisation of 1956 ?

Dholpur was the first district formed after Rajasthan was reorganised based State re-ogranisation of 1956. It was formed on 15-April-1982 from Bharatpur.

Which Princely States were part of Matsya Union

Why is Rajasthan Day celebrated on 30th March ?

Because it was on 30th March 1949, that Sardar Vallabh Bhai Patel inaugurated the State of Greater Rajasthan.