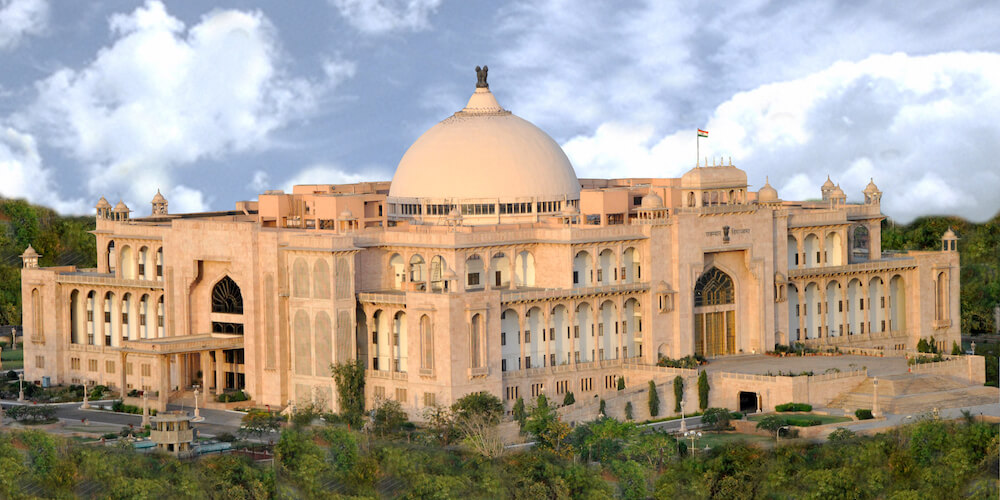 The state legislature occupies an integral position in political system of India and governing of state. The Constitution of India provides for a legislature in each State and entrusts it with the responsibility to make laws for the state.

Articles 168 to 212 in Part VI of Constitution of India deal with the organisation, composition, duration, officers, procedures, privileges and powers of the state legislature. Some of these are similar with Parliament of India, while others are different.

In the political system of India, there are two types of states with regard to state legislature. Most of the state in India have Unicameral system while a few others have a bicameral system.

Method of Abolition or Creation of a State Legislative Council (Vidhan Parishad):

Article 169 in Constitution of India provides for Method of Abolition or Creation of a State Legislative Council. If a state Legislature passes a resolution by a special majority, in favour of the creation of the second chamber and if Parliament gives approval to such a resolution by Simple Majority, the concerned State can have two Houses in the Legislature.

The duration of the Legislative Assembly is five years from date of its first meeting after the general elections. The Governor has the power to dissolve the Assembly even before the expiry of its term.

Additionally, during National Emergency, the Parliament by law can extend the term of assembly for a period not exceeding one year at a time and not extending in any case beyond a period of six months after the proclamation has ceased to operate.

Like Rajya Sabha, Legislative council is a continuing chamber. It is a permanent body, unless abolished by the Legislative Assembly and Parliament by due procedure.

One-third of the members of the Council retire on the expiry of every second year, which means, a term of six years for each member. There is no bar on a member getting re-elected on the expiry of his/her term.

Accordingly, the Parliament by the Representation of the People Act, 1951, has provided additional qualifications that:

Accordingly, the Parliament through, the Representation of the People Act, 1951, has laid down some grounds of disqualification:

Art. 192 lays down that if any question arises as to whether a member of a House of the Legislature of a State has become subject to any of the disqualifications mentioned above, the question shall be referred to the Governor of that State for decision who will act according to the opinion of Election Commission.

Disqualification on ground of defection:

Each house of state legislature has its own presiding officer.

Each State Legislature exercises law-making powers over the subjects of the State List and the Concurrent List. In case a state has only Legislative Assembly, all the powers are exercised by it.

However, even in case it is a bicameral state legislature with both Vidhan Sabha and Parishad, almost all the powers are exercised by the Vidhan Sabha. The Vidhan Parishad plays only a secondary, advisory and minor role.

The financial committees are –

Besides the above mentioned four financial committees, the Rajasthan Legislative Assembly has following other 17 standing committees.

These committees are constituted from the members of the ruling as well as opposition parties generally in proportion to their strength in the House. The term of office of the members of the committee is generally one year. No minister can be a member of the committee except in the case of Select Committees on Government Bills. This provision does not apply in case of the Leader of the House who happens to be the Chief Minister, as far as the Business Advisory Committee is concerned. Normally, the Reports of these committees are presented to the House by the Chairman of the Committees but in inter-session period the Chairman may submit the Report to the Speaker. These Reports, with the exception of the Report of the Privileges Committee and the Business Advisory Committee are generally not raised in the House.