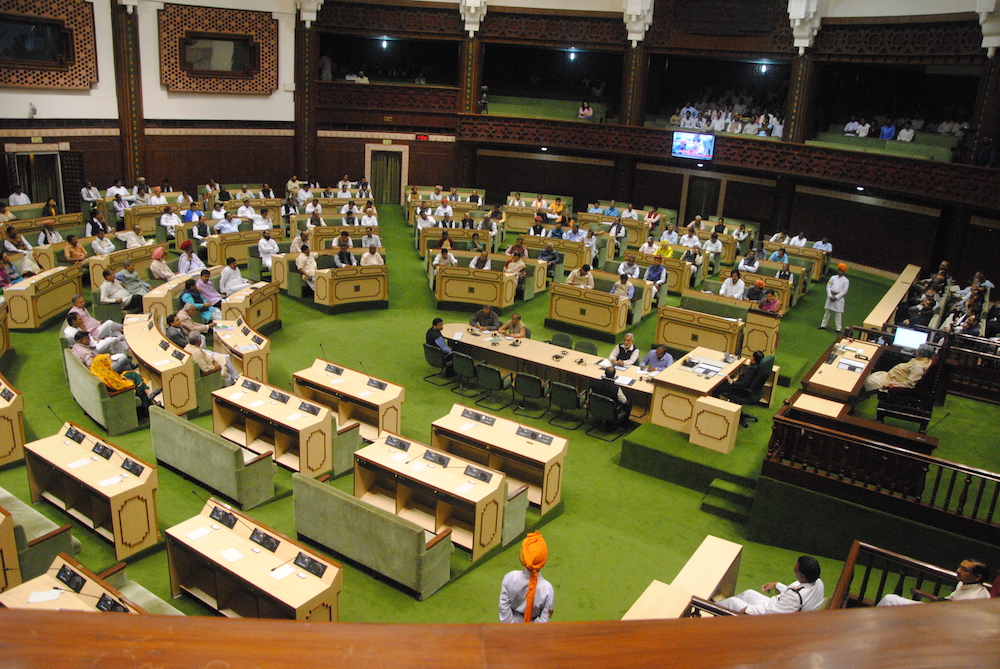 In the democratic setup of India, there are three main types of Elections in Rajasthan.

Under Article 324(1) of the Constitution of India, the Election Commission of India, is vested with the power of superintendence, direction and control of conducting the elections to both Houses of Parliament. Detailed provisions are made under the Representation of the People Act, 1951 and the rules made there under this Act.

Additionally, Article 324 (1) also vests in the Election Commission of India with the powers of superintendence, direction and control of the elections to the State Legislature. Detailed provisions of these elections are also made under the Representation of the People Act, 1951 and the rules made there under this Act.

Additionally, Under section 20B of the Representation of the People Act 1951, the Election Commission of India nominates officers of Government as Observers (General Observers and Election Expenditure Observers) for parliamentary and assembly constituencies.

The Electoral Registration officer (ERO) is responsible for the preparation of electoral rolls for a parliamentary / assembly constituency.

Currently, there are a total of 200 Assembly constituencies in Rajasthan, which are represented by 200 MLAs or Members of Legislative Assembly.

The Rajasthan State Election Commission constituted under the Constitution (73rd & 74th – Article 243K ) Amendments Act, 1992 for each State / Union Territory are vested with the powers of conduct of elections to the Corporations, Muncipalities, Zilla Parishads, District Panchayats, Panchayat Samitis, Gram Panchayats and other local bodies. It is independent of the Election Commission of India.

The SEC is a single member Commission headed by the State Election Commissioner. It has a Secretary who is also the Chief Electoral Officer for the State. The Commission discharges its Constitutional duty by way of preparing electoral rolls and holding elections for Panchayati Raj Institutions as well as for Municipal bodies.

Elections to Panchayati Raj Institutions (P.R.Is) are being held in Rajasthan since 1960. The first election was conducted in 1960 by the Panchayat Department. Thereafter, the 2nd, 3rd, 4th and 5th elections in the years 1965, 1978, 1981 and 1988 were conducted by the Election Department.