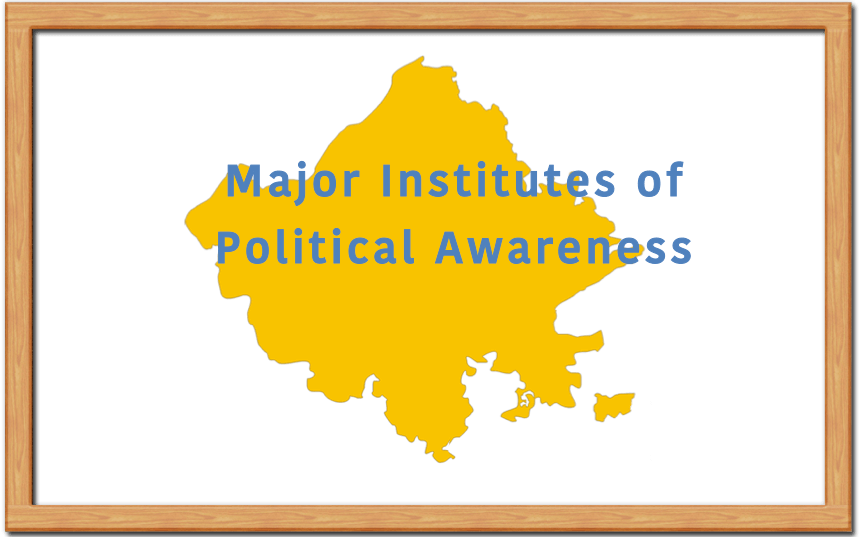 The second half of the 19th century witnessed the growth of national political consciousness and organised national movement. During this period the Indian intelligentsia created political associations to spread political education and to initiate political work in the country. In 1885, the efforts consolidated in form of Indian National Congress, which later became the spearhead of Independence movement of India.

In princely states, the people  in face of strong repression adopted novel methods of organising public opinion by establishing reading rooms, libraries, self-help centres and welfare societies (Hitkarni Sabhas).  These were political forums and raised the demand of democratization in their respective states. Later on a centralised organisation by the name, India Peoples‟ State Conference was formed to make a coordinated effort to demand responsive governments in the princely states.

Major Organisations & Associations for Political Awareness in Rajasthan before Independence: