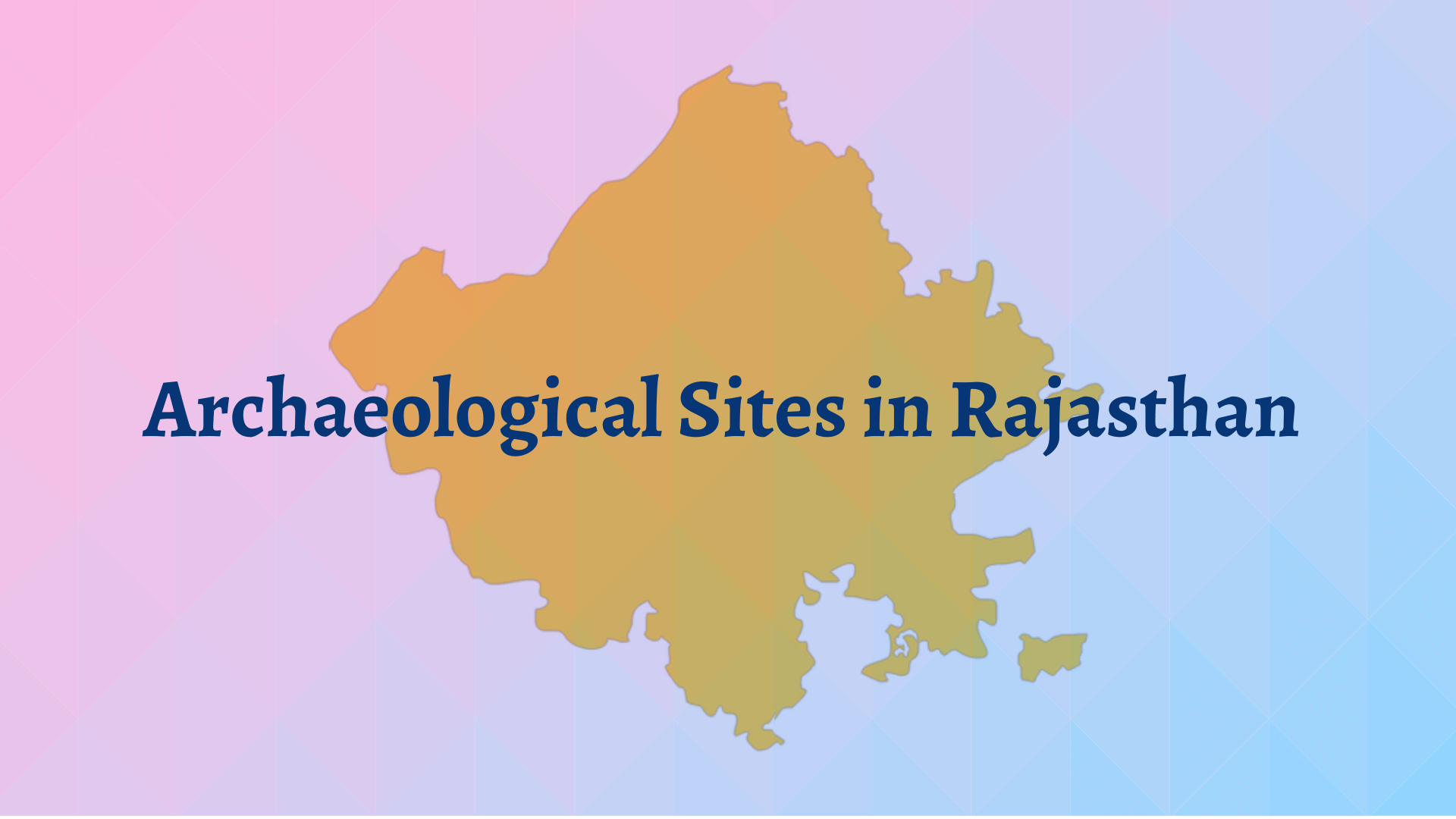 The Archaeological Sites in Rajasthan reveal not merely a chronological arrangement of events & incidents, but also an analysis of development of society, its culture and changing panorama of the socio-economic conditions.

A survey of the Banas and its tributaries the Gambhiri, the Viraj, and Wagan has provided evidences that man lived along the banks of these rivers at least 100,000 years ago.

Excavations at Kalibanga in northern Rajasthan revealed the existence of human settlements of Harappan times on the banks of Saraswati river.

The present day districts of Jhunjhunu and Sikar, along with other areas of Jaipur district bordering south Haryana, formed the part of Vedic state of Brahmavarta.

Other Important Archeological Sites in Rajasthan