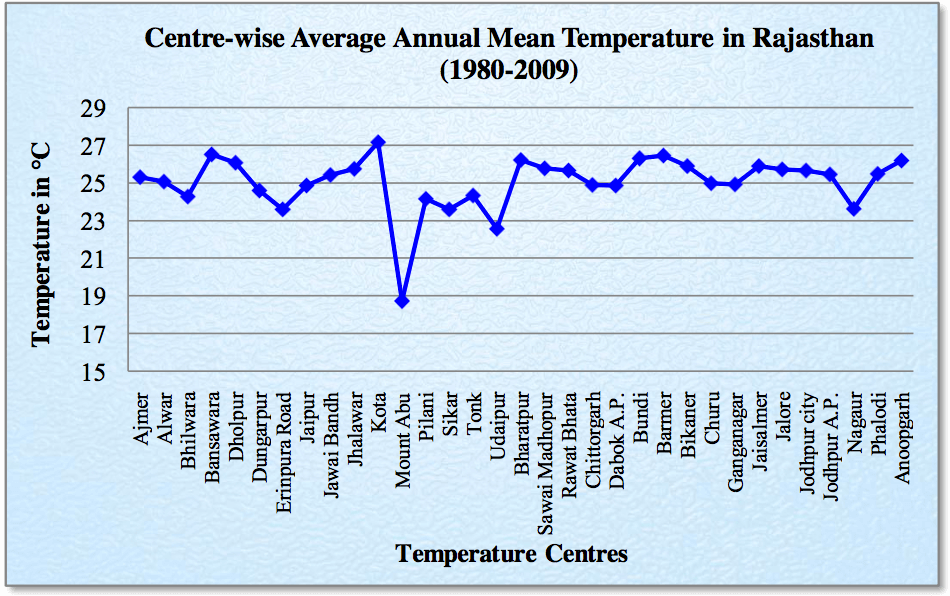 As compared to the plains the day and night temperatures over the plateau and at high level stations are lower. In the hottest month of May the mean maximum temperature is approximately around 41°C – 42°C in the plains, but it is 2°C to 4°C lower in the elevated and plateau regions of the state. The Graph depicts the average mean temperature of Rajasthan district-wise from the year 1980 to 2009.