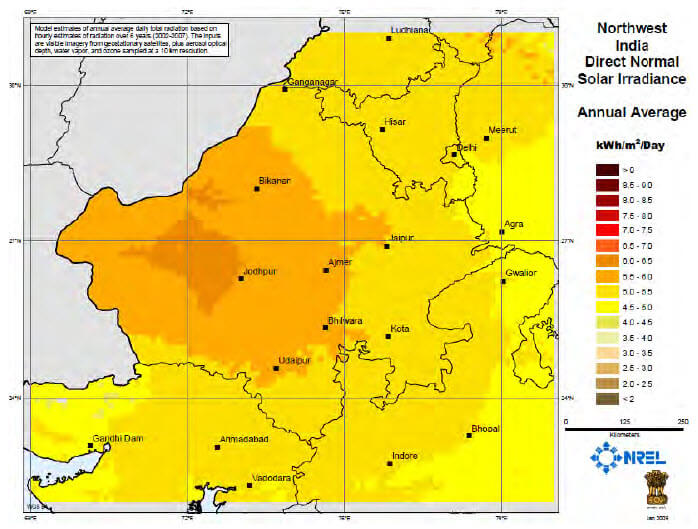 Rajasthan is blessed with Maximum Solar Radiation Intensity of about 6-7kWh/ Sq.m/day and more than 325 sunny days in a year with a very low average rainfall.

As per the assessment of Ministry of New and Renewable Energy Government of India, Rajasthan has a potential of 142 giga watt of electricity from solar source. The State, known for its dry desert is now fast emerging as the biggest hub of solar power.

Rajasthan region receives abundant quantities of solar radiation especially the western parts of the state. The mean duration of bright sunshine in this region is 8.0 to 8.8 hr/day.

What is the Solar Power Potential of Rajasthan ?

As per MNRE, Rajasthan has a potential of 142 giga watt of electricity from solar source.