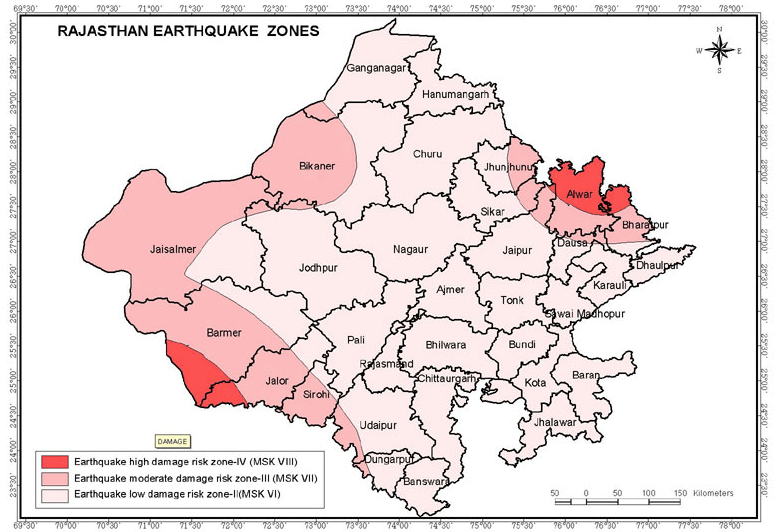 According to GSHAP data, the state of Rajasthan falls in a region of moderate to high seismic hazard. As per the 2002 Bureau of Indian Standards (BIS) map, Rajasthan falls in Zones II, III & IV. Historically, parts of this state have experienced seismic activity in the M 5.0 range.

Classification of districts of Rajasthan according to seismic zones:

Several faults have been identified in Rajasthan, out of which many show evidence of movement during the Holocene epoch.

Several active faults criss-cross the Aravalli range and lie parallel to each other.