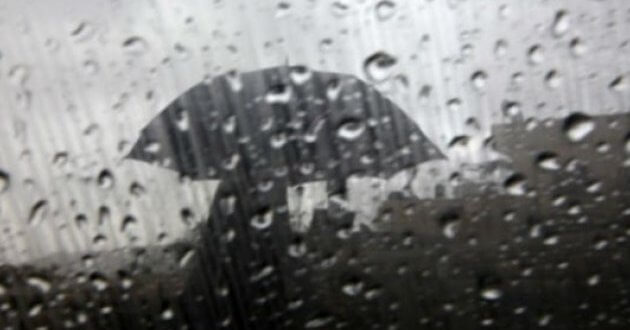 Variation in Rainfall during the Year

of the annual total rainfall respectively.

The onset of the southwest monsoon over the eastern parts of the state is witnessed almost by the last week of June which extends over the entire state by the first week of July.

Amounting individually to about 34% of the annual rainfall each, July and August are generally the rainiest months. Around 1st September the withdrawal of the southwest monsoon begins from the northern western parts of the state and by 15th September it withdraws from the entire state. During cold weather season a small amount of rainfall i.e. 1cm and 0.7 cm in East and West Rajasthan is received.

This respectively is of great significance for agriculture and if occurs in association with western disturbances which move from west to east across the northern parts of the country.

During the south-west monsoon period extending from June to September the state receives about 90% of the total rainfall. The cold weather period (January and February) receive the Remaining portion of rainfall which occurs in association with the local convective activity.

Distribution of Rainfall in Rajasthan:

The maximum rainfall in the state is received in the Southern or South- Eastern districts of the state. On the west of Aravalli hills in Pali and Jalore districts receive maximum amount of rain of 50 cm and 43 cm in West Rajasthan.

In the North or North-Western districts Jaisalmer district receives the lowest rainfall. Bikaner, Ganganagar, Jaisalmer receive annual rainfall of 26cm, 24cm and 17cm respectively. The adjoining areas of these districts constitute the driest zone of the state.

The lowest recorded annual rainfall in the past 100 years i.e. between 1900 and 2010 was 24 mm in the western Rajasthan and whereas it was never below 120 mm in the eastern Rajasthan.

As per information of Indian Meteorology Department, the rainfall patterns indicate that during monsoon season of 2020, the onset of monsoon was delayed by 9 days. The normal date of arrival of monsoon in the state is 15th June, but it arrived on 24th June. It covered the whole state till first week of July, 2020..

In Rajasthan, during the entire monsoon season 2020, there have been abnormal, excess or normal rains in most of the districts, where as in Alwar, Baran, Bharatpur, Bundi, Dausa, Dholpur, Ganganagar, Kota and Tonk districts, deficit rainfall has been recorded.