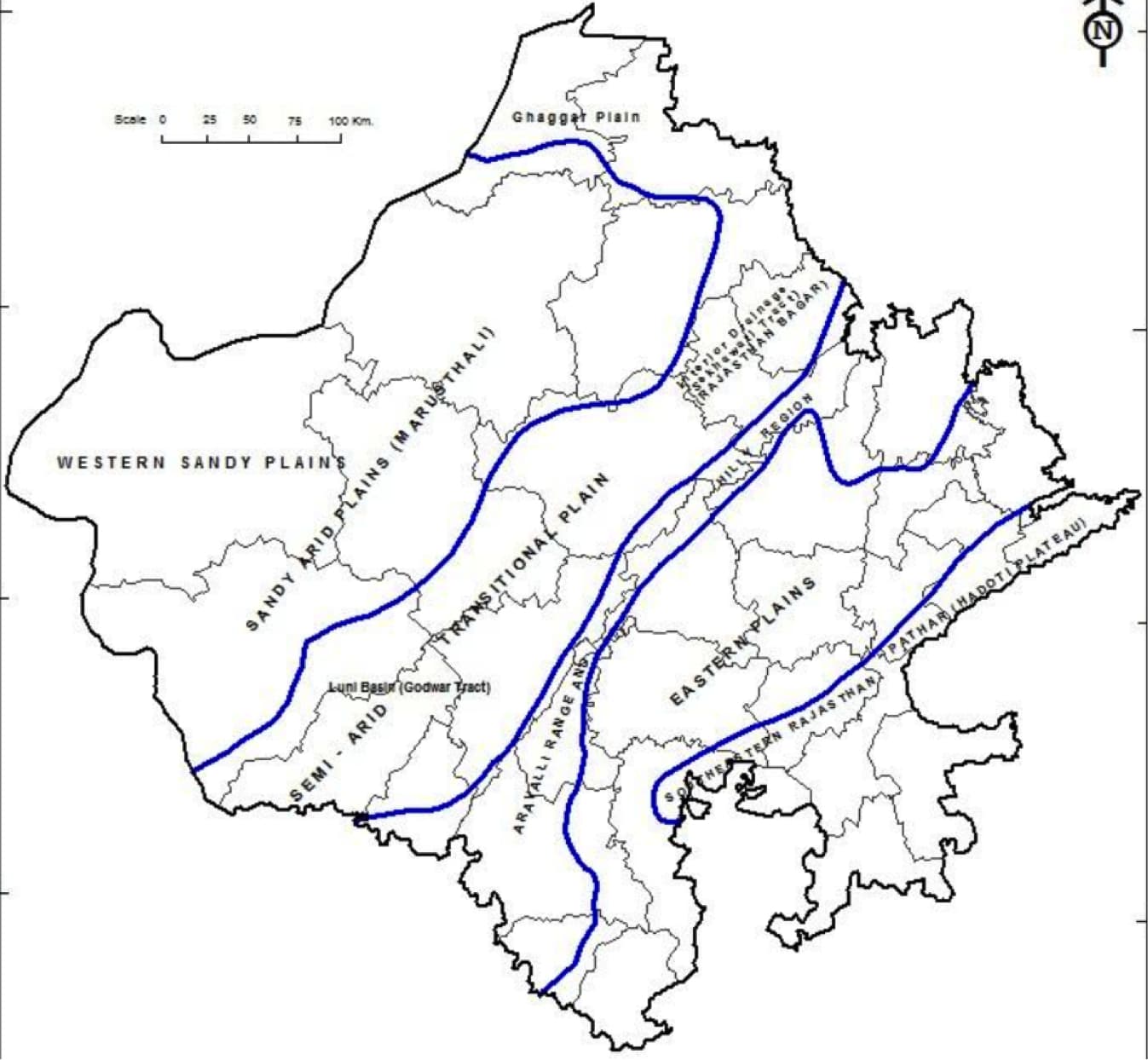 The area on the northeast, east and southeast of the Aravalli range is known as the Eastern Plains of Rajasthan. It covers an area of about 23.3% of the state.

The Vindhyan Plateau marks the southeastern limit of the Plain. The western boundary is demarcated by the eastern edge of the Aravalli up to north of Udaipur.

The Eastern Plains of Rajasthan are subdivided into three sub-regions: