Average and Relative Humidity in Rajasthan 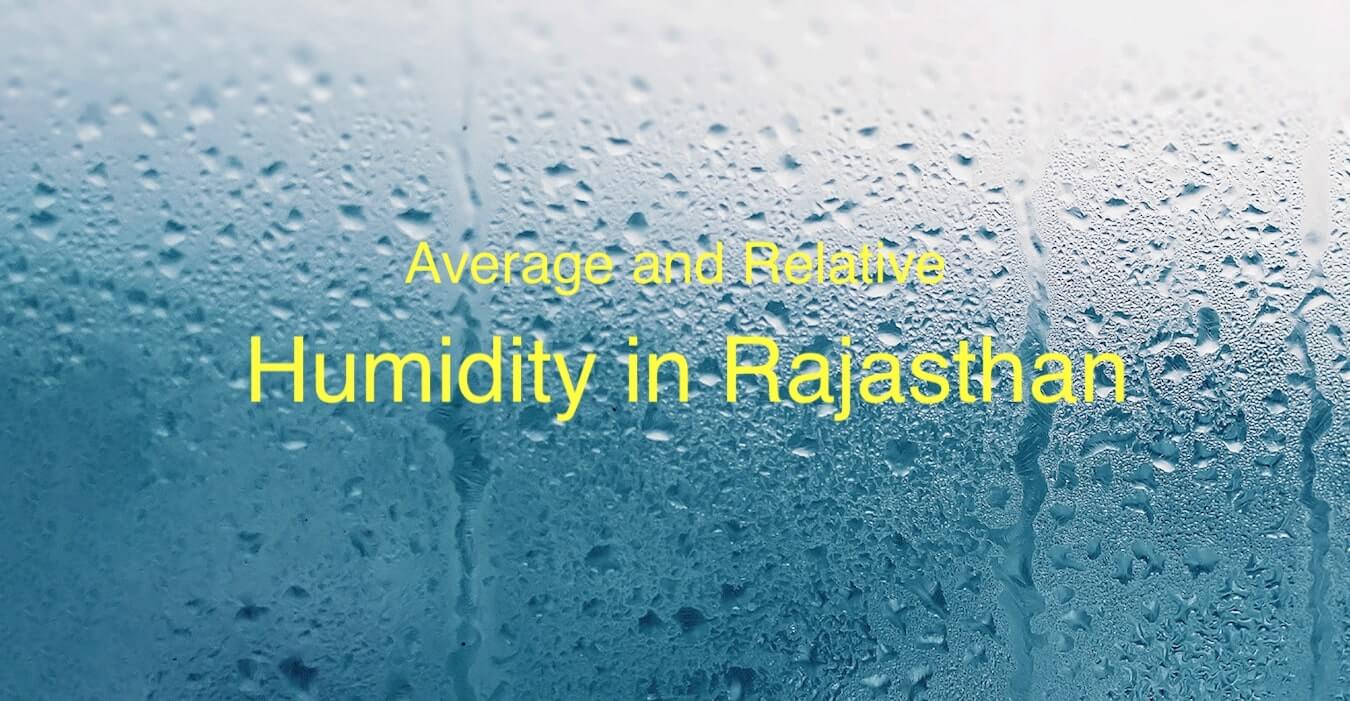 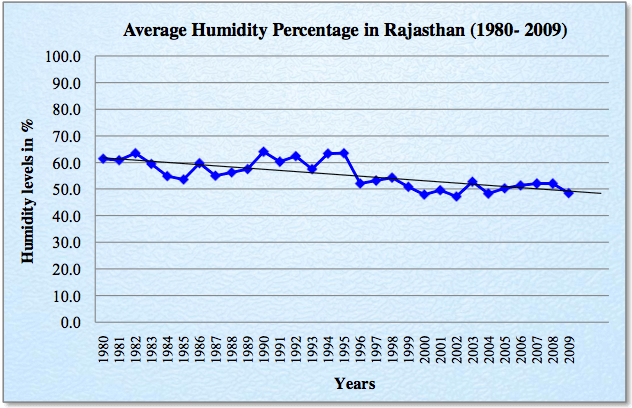 The diurnal variation in relative humidity is least during monsoon in the East Rajasthan; on the contrary it is higher in West Rajasthan. In the summer afternoons the relative humidity is least, i.e. about 20 to 30% in most of the state which makes the summer very dry and hot. In the winters (January and February) the diurnal variation is highest.

The relative humidity in the arid region of Western Rajasthan is also quite high because of the unfavourable circulations of the atmosphere and low precipitation that occurs in the arid region as compared to other semi-arid and sub-humid regions.