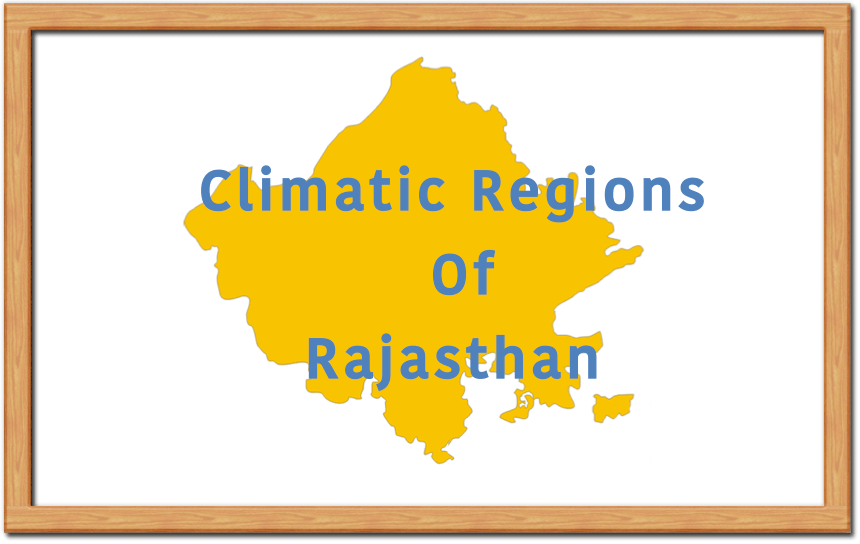 Climatic Regions of Rajasthan based on Rainfall Intensity

The distribution of climatic regions of Rajasthan on the basis of rainfall and temperature variations includes following divisions:

Koeppen’s classification for the World Climatic regions is totally based on the vegetation, as the effects of temperature and rainfall are directly evident and visible it.

The classification of Rajasthan according to Koeppen is as follows:

Thornthwaite took into account the amount of prepitation and evaporation along with seasonal and monthly distribution of temperature and rainfall which made it popular and widely accepted. Rajasthan may broadly be divided into the following four regions: