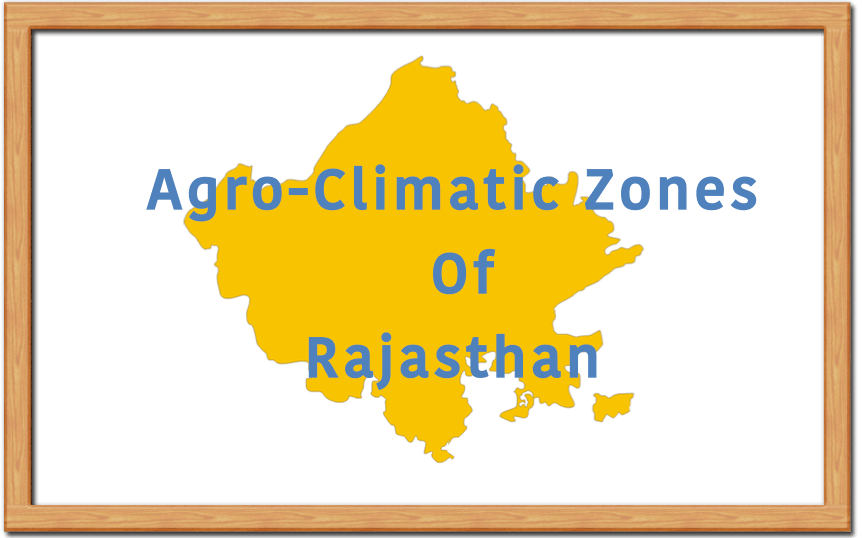 These zones have been classified on the basis of agro-climatic parameters like rainfall, temperature regime, topography, soil characteristics, cropping pattern and irrigation availability.

Map of Agro-climatic Zones of Rajasthan