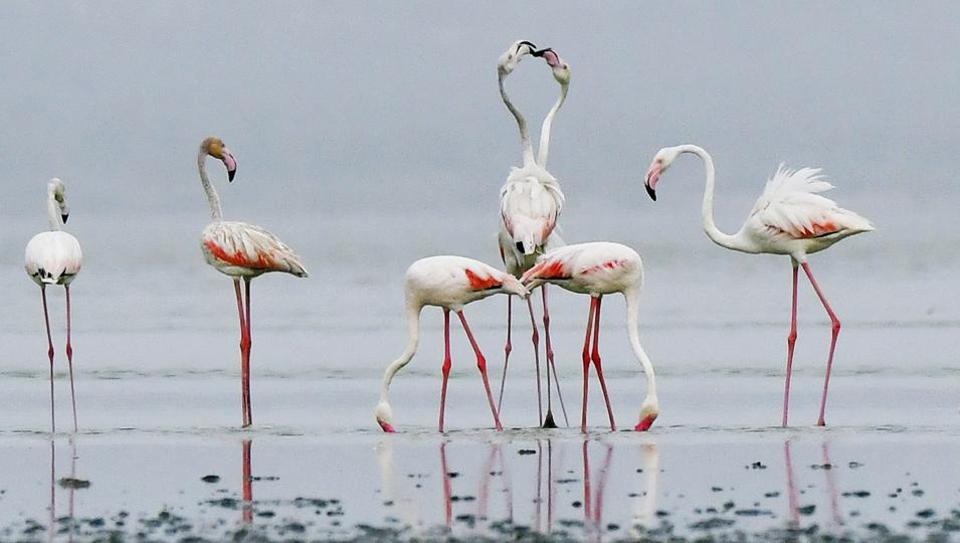 Ramsar Wetlands are wetlands deemed to be of “international importance” under the Ramsar Convention.

What is RAMSAR Convention ?

The Convention on Wetlands, called the Ramsar Convention, is the intergovernmental treaty that provides the framework for the conservation and wise use of wetlands and their resources. The Convention was adopted in the Iranian city of Ramsar in 1971 and came into force in 1975.

The convention entered into force in India on 1 February 1982. India currently has 27 sites designated as Wetlands of International Importance (Ramsar Sites), with a surface area of 1,056,871 hectares.

The State of Rajasthan has two wetlands that come under the Ramsar Convention, namely:

Keoladeo Ghana wetland is a complex of ten artificial, seasonal lagoons, varying in size, situated in a densely populated region. The area was earler declared as a Wildlife Sanctuary and later upgraded as a National Park. The wetland was also placed on the Montreux Record in 1990 due to “water shortage and an unbalanced grazing regime”.

Sambhar Lake Wetland is a shallow wetland, the depth of which ranges between 0.5 and 2.0 metres. Four main streams feed the lake from a drainage area of about 2,688 sq. metres. The vegetation present in the catchment area is mostly xerophytic type.

Sambhar Salt Lake is India’s largest inland salt lake. It is famous for harbouring flamingos in large numbers, next only to Rann of Kutch in the country.

The specialized algae and bacteria growing in the lake provide striking water colours and support the lake ecology that, in turn, sustains the migrating waterfowl. There is other wildlife in the nearby forests, where Nilgai move freely along with deer and foxes.