Archaeological Site of Balathal in Udaipur 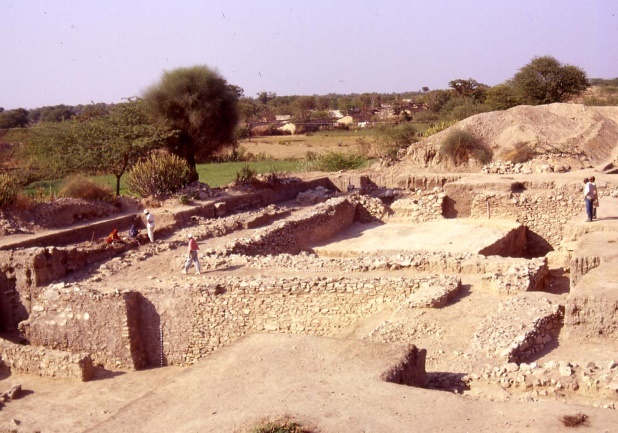 Balathal is an archaeological site of Ahar-Banas Culture located in Vallabhnagar tehsil of Udaipur district of Rajasthan. It is located on banks of Katar river. The site was discovered by V. N. Misra during a survey in 1962-63.

After the Chalcolithic period the site was abandoned for a long time till the Early Historic period.

A skeleton was found buried at Balathal believed to be  4,000 year old skeleton of a man believed to be 37 years when he died. The skeleton it provides the oldest evidence of leprosy in human beings.