Archaeological Site of Ganeshwar in Sikar 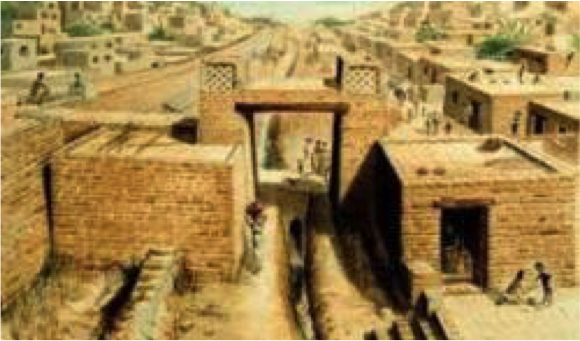 Ganeshwar is a village in Neem Ka Thana Tehsil in the Sikar District of Rajasthan. Excavations have revealed ancient sites, with remains of a 4000 years old civilization. The site is located at source of river Kantali, which used to join river Drishadvati, near Soni-Bhadra on the north.

Historian Ratan Lal Mishra wrote that Red pottery with black portraiture was found which is estimated to be belonging to 2500–2000 BC was found when Ganeshwar was excavated in 1977.

Articles made of copper, terracotta figurines representing animals, beads of semi-precious stones, and microliths were other finds on this site. Later excavations of this area included grey ware.

Ganeshwar is located near the copper mines of the Sikar-Jhunjhunu area of the Khetri copper belt in Rajasthan. It mainly supplied copper objects to Harappa.

The archaeological site was named after the present-day village, Gilund, and is locally known as Modiya Magari which means “bald habitation mound”.