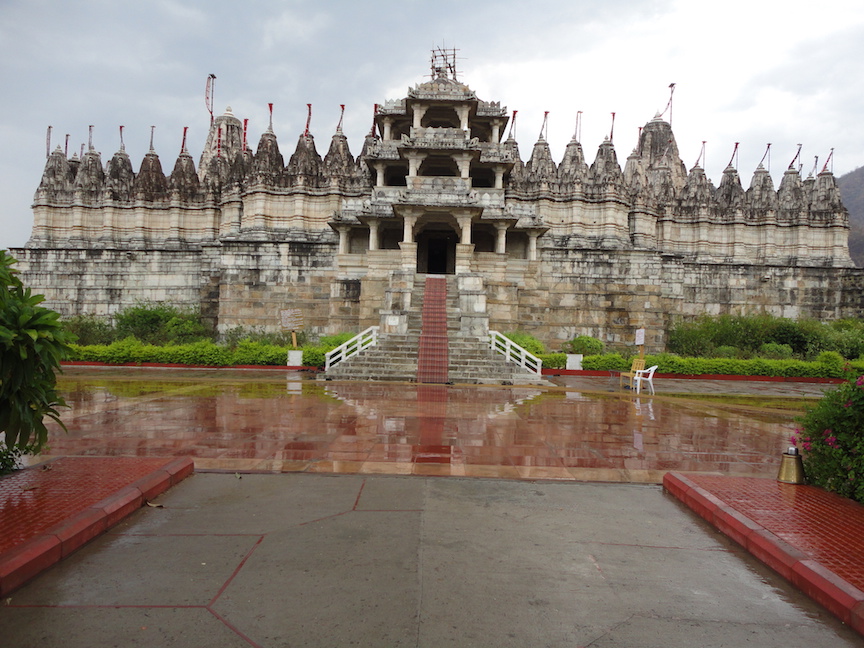 Location, Area and Administration of Pali:

Pali district is located between 24°45′ to 26°29′ North Latitudes and 72° 47′ to 74° 18′ East Longitudes . It share its boundaries with 8 district of the state; In South west Sirohi & Jalore, in west Barmer; in south east Rajasamand & Udaipur in north Nagore, in North West Jodhpur and in north east Ajmer shares their boundaries with the district.

Geologists trace the existence of Pali to pre-historic age and maintain that it has emerged from the vast western sea spread over a large part of the present day Rajasthan. In the Vedic age Maharshi Javali stayed in this area for meditation and interpretation of Vedas. The Pandavas in the Mahabharata age also have made this area (near Bali) their resting place during the exile. As a part of ancient Arbuda Province, this area was known as Balla-Desh.

During the Kushana Age, King Kanishka had conquered Rohat and Jaitaran area, parts of today’s Pali district, in 120 AD. Till the end of seventh century A. D. this area was ruled by the Chalukya King Harshavardhana along with other parts of the present state of Rajasthan.

During the period from 10th to 15th century, boundaries of Pali extended to adjoining Mewar, Godwad and Marwar. Nadol was the capital of Chauhans. All Rajput rulers resisted the foreign invaders but individually fought for each other’s land and leadership. After the defeat of Prithviraj Chauhan, against Mohammed Gauri, the Rajput power of the area was disintegrated. Godwad area of Pali become the subjects of then ruler of Mewar, Maharana Kumbha. But Pali city which was ruled by Brahmin rulers with the patronage of neighboring Rajput rulers, remained peaceful and progressive.

The 16th and 17th centuries saw a number of battles in the surrounding areas of Pali. Shershah Suri was defeated by Rajput rulers in the battle of Giri near Jaitaran, Mughal emperor Akbar’s army had constant battles with Maharana Pratap in Godwad area. Again after the Mughals had conquered almost all of Rajputana, Veer Durga Das Rathore of Marwar made organized efforts to redeem the Marwar area from Aurangzeb, the last Mughal emperor. By then Pali had become subservient to Rathores of Marwar state. Pali was rehabilitated by Maharaja Vijay Singh and soon it became an important commercial center.

Under British era in India in 1857, various Thakurs of Pali under the stewardship of Thakur of Auwa fought against the British rule. Auwa fort was surrounded by the British army and then conflicts lasted many days.

It is the main fair of the district which is held at Sojat on Chaitra Badi 7 (March-April) Every year. About 20, 00 people assemble in this fair to worship ‘Sheetla Mata’. The people put ‘Pujapa’ and other offerings in the temple in honor of the ‘Mata’. The fairs of ‘Sheetla Mata’ are also held by Bayad in Pali tehsil, Isali in Marwar Jn. tehsil and at Chanod in Bali tehsil.

The fair is held in Village Barkana of Desuri tehsil on Posh Badi 10 (Dec-Jan) every year. There is a temple dedicated to deity Parasnath. About 10,000 people assemble in the fair to pay their homage to the deity.

This fair is held near village Sewari of Bali tehsil. The duration of the fair is 5 days from posh Badi 2 to 6 (Dec.-Jan.) every year. About 15,000 people assemble in this fair for the purchase and sale of animals Phalna is the nearest railway station for the fair.

In the beginning of full moon of Chetra month a fair is organized in the basin of local river Sarangawas of Sonana khetlaji temple at Desuri tehsil. This fair represents the folk culture of not only pali district but also of other districts of western Rajasthan. Since this is organized after Holi festival, large number of Gair dancers participate in this fair in their conventional and fancy dresses.

The Sacred temple or than of Om Banna is 20 km away from the city on jodhpur-pali highway.  The Motor bike of Om Banna is kept there for the devotees for worshiping.

Ranakpur Jain temple is a Jain temple at Ranakpur is dedicated to Tirthankara Rishabhanatha. Dharna Shah, a local Jain businessperson, started construction of the temple in the 15th century following a divine vision. The temple honors Adinath, the first Tirthankar of the present half-cycle (avasarpiṇī) according to Jain cosmology. Rana Kumbha also supported the construction of the temple.

The shape of the district resembles to an irregular triangle and has generally undulated plains with scattered hills. The Aravalli Range runs along the eastern side of the district from south-west to north-east. The highest peak in the district is 1,099 m.

There is no perennial river in the district. The tributaries Lilri, Sukri, Bandi and Jawai, discharge their water into Luni, the principal drainage of western Rajasthan.

There is no lake or natrural spring in the district.  But there are number of big and small dams constructed for irrigation purposes.  The important dams are Jawai dam in Bali tehsil,Raipur Luni, Hemawas, Kharda and Biratiya Khurd and Walar.

The climate of the district is, on the whole, dry and is very hot in summer and cold in winter. Normal annual rainfall in the district is about 47 cm.

Jawai Dam is one of the biggest dam of western Rajasthan and situated in Sumerpur tehsil of Pali district, having capicity of 6000 million cubic feet. Jawai Dam is a good tourist spot.

Pali district is endowed with wide variety of minerals. Both metallic and non metallic minerals are found. Good quality deposits of asbestos, limestone, gypsum, magnesite, quartz are found which have been exploited for last so many years. The details of mineral deposits are given below.