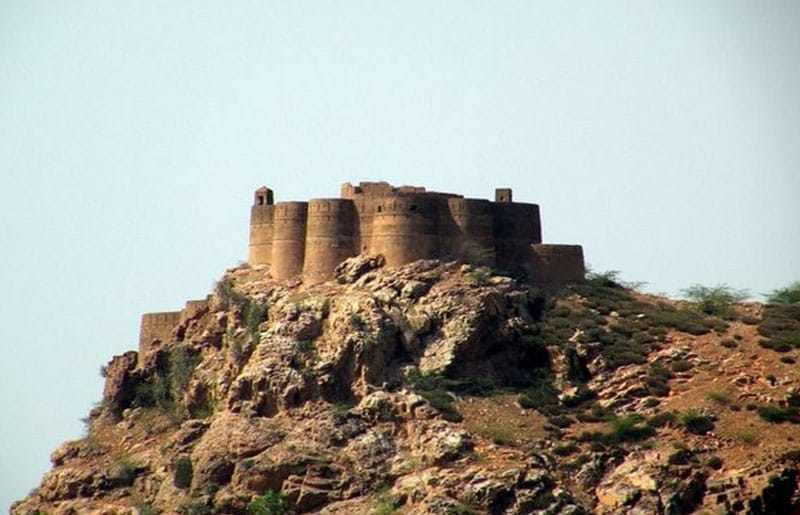 Recognized as an entry gate to the great Thar Desert, Churu is located in the desert area of Rajasthan. Geographically, the district lies in 28°18′N latitude and 74°58′E longitude. Churu lies in the Jangladesh region of northern Rajasthan and shares boundaries with the Hanumangarh to the north, the Haryana state to the east, the Jhunjhunun and Sikar districts to the southeast, the Nagaur  to the south, and the Bikaner District to the west.

The district has an area of approximately 16,830 square km which has been divided into 6 tehsils namely Churu, Ratangarh, Taranagar, Rajgarh, Sardarshahar, and Sujangarh.

Churu was founded in 1620 by Jat chieftian Churru. Later, it came under control of Rajputs rulers of Rathore clan. Rao Maldeo, murdered Nana Choudhary, and changed the name of territory from Kalera Bas to Churu.

During war between Bikaner and Churu, the area came under the dominance of Bikaner. It is said that during the war between both the regions all the weapons made by copper and brass got finished, the Churu Thakur requested all the women population of his town to donate their silver ornaments so that the shells made by silver can be utilized for cannons.

Before India’s independence in 1947, it was a part of Bikaner State. The district came into existence in 1948 comprising three tehsils Churu, Rajgarh and Taranagar when the administration of Bikaner State was reorganized.

Churu Fort was constructed by Thakur Kushal Singh in 1649 A.D.  In 1814, Surat Singh of Bikaner attacked this fort and after ammunition was exhausted, Thakur Shiv Singh fired Cannon balls made of silver in defense of fort. Shiv Singh also constructed Gopinath temple inside the fort.

Oswal Jain merchant families constructed these beautiful painted havelis. Malji’s Haveli made by Malaji Kothari is the most popular haveli. Another famous haveli is the Surana Double Haveli.

Balaji Temple is one the famous religious spots of the district. Two fairs are organized in this temple in the month of April. On Chaitra Purnima and Ashvin Purnima large fairs are organized which millions of devotees visit as they pay homage to the deity.

Almost every village in Rajasthan has a Than dedicated to him.Worship of gogaji starts in Bhaadra month of Hindu calendar. Grand fairs are held at his birthplace dadreva (Churu) and Smadhi sthal Gogamedi (Hanumangarh ). Thousands of devotees gather to pay homage at this memorial annually in the month of Bhadrapada during the Gogaji fair, which lasts for 3 days. The fair is held from the ninth day of the dark half of Bhadrapada (Goga Navami) to the eleventh day of the dark half of the same month.

District of Churu is a part of the great Thar Desert. It is covered with a thick mantle of sand and is characterized by 6 to 30 meter longitudinal dunes treading north east to south west. The ground level in the district is about 400 meters above mean sea level the terrain in general is sloping from south to north. There are no big hill in the district expect some hillocks. There are no perennial rivers or streams in the district. Wells and ponds are the principal sources of water supply.

The climate of the district is dry desert with large variation in temperature. The minimum and maximum temperature recorded in the district varies from –2`c to 50`c. Relative humidity is generally below 30% except during the brief south east monsoon period when the same rises up to 60% in the district the rainy season usually lasts from July to mid-September and the normal usual rainfall is only 328 mm.

The Talchhapar Sanctuary is known for its rare black-buck. Apart from the black-buck, some of the other wild animals spotted here are jungle cat, chinkara and varied species of migratory birds.

Churu is not rich in minerals nut they are found at few places. The various mineral deposits are copper salt petrel, sand stone, limestone, gypsum etc. But these deposits are very small in size and not of much economic importance.