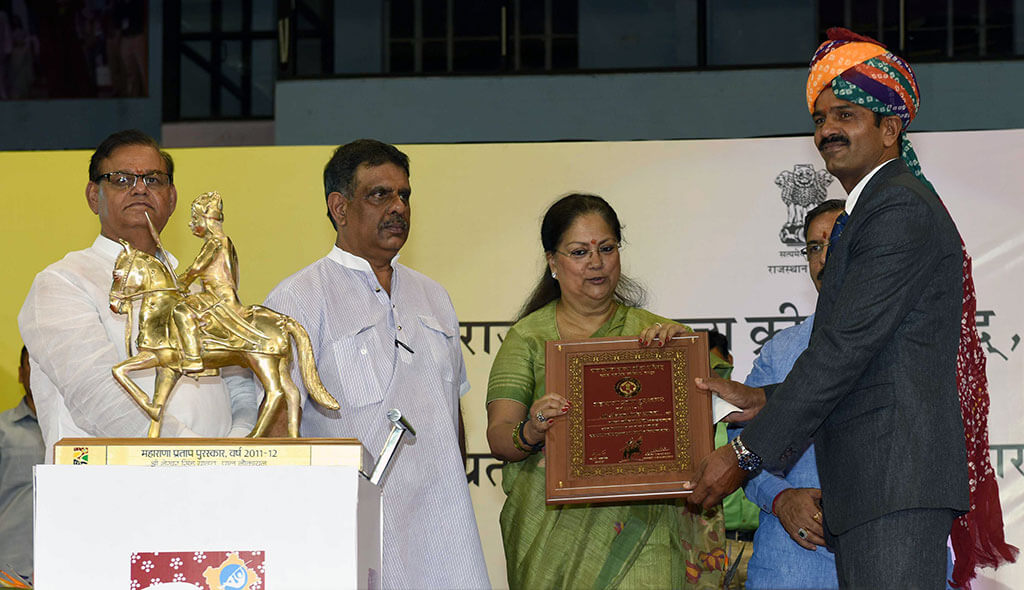 The Rajasthan Sports Council is highest organisation of sports development in the state. Like National Awards at center level, the state also institutionalised awards to recognise and honour eminent sportspersons of the state.  In Rajasthan, players are honoured with ‘ Maharana Pratap Award ‘ for outstanding achievements at National and International level by the State Sports Council. Additionally, such Sports trainers are awarded  “Vashishth Puraskar ” by  Sports Council.