The term “Janapada” literally means the foothold of a tribe, in Pāṇini’s “Ashtadhyayi”, Janapada stands for country. The Pre-Buddhist north-west region of the Indian sub-continent was divided into several Janapadas demarcated from each other by boundaries. Each of these Janapadas was named after the Kshatriya tribe (or the Kshatriya Jana) who had settled therein. Ancient Buddhist texts like the Anguttara Nikaya make reference to sixteen Mahajanpadas and Janapada (Republics) which had evolved and flourished in Indian Sub-Continent.  The region surrounding modern districts of Bikaner & Jodhpur was referred to as Jangaldesh during Mahajanpada period.  Here, we first look at Mahajanpada’s and then at Republics of Rajasthan:

The end of Vedic India is marked by linguistic, cultural and political changes. By the 6th century BCE, the political units consolidated into large kingdoms called Mahajanapadas. The age is also referred to as period of second urbanization. The modern state of Rajasthan was also part of several Mahajanpadas mentioned below: 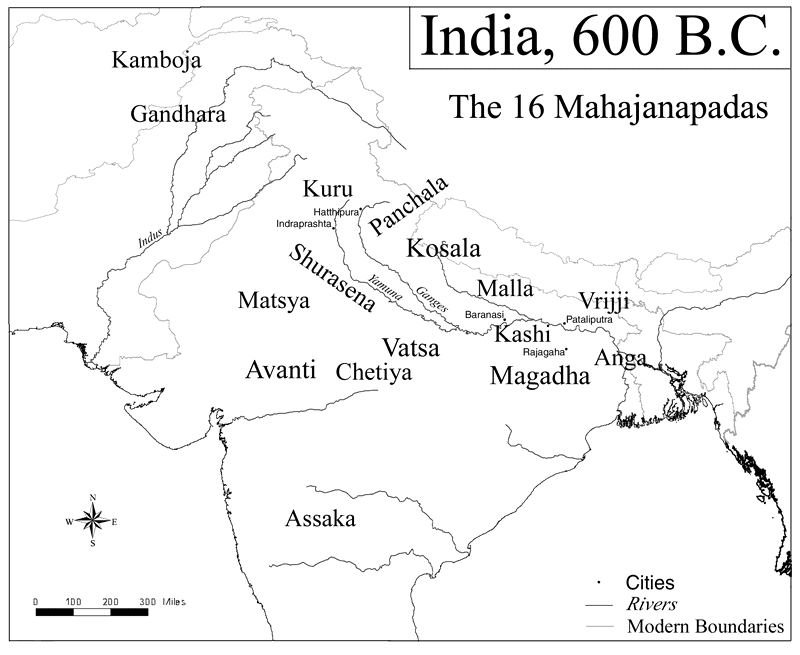 Rajasthan after Alexander Invasion (326 BC)

In 326 BC Alexander invaded India, he never reached Rajasthan. However, his Indian incursion profoundly affected the course of its history. Weakened by his invasion republican tribes of South Punjab especially Malav, Shivi and Arjunayan migrated to Rajasthan. Punjab and Rajasthan became the nucleus of a number of oligarchies, or tribal republics whose local importance rose and fell in inverse proportion to the rise and fall of larger kingdoms.