Acting swiftly after High Court Decision, Rajasthan Government released an Ordinance yesterday after Governor kalyan Singh gave assent to it. The ordinance shall provide statutory sanction required for the OBC Commission. On Wednesday, the High
Court directed the government to constitute a new commission, backed by legislation, by January 15, 2017, and stopped the payment of salary and allowances to the commission member.

The prompt decision to give statutory backing to the commission will help to continue the survey to assess the condition of Jats in
Bharatpur and Dholpur districts so as to give them the OBC status.

What is an Ordinance ?

However, the power of Ordinance has 3 important constraints: 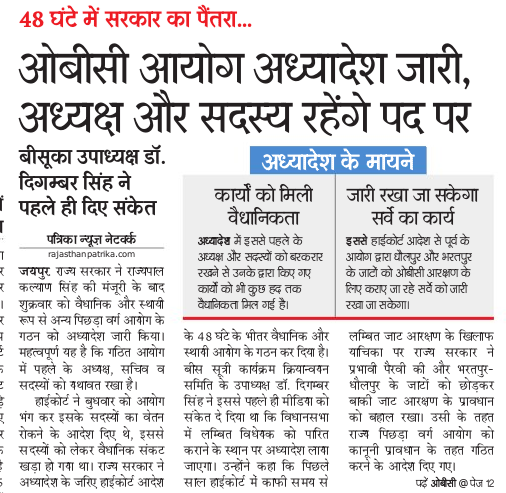 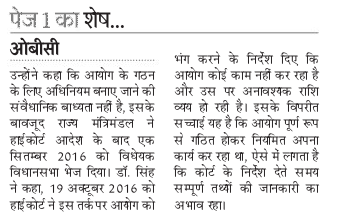