Every district will have mini-ICU ambulance

To provide medical facilities such as ICUs in the ambulance to patients of heart, kidney and other serious diseases, soon the 34 new ambulances with modern facilities will be provided to all the districts. These ambulances will only be for those serious patients who need Advanced Life Support System. In a way this mini will be like ICU. These include life-saving equipment, defibrillators, and cardiovascular devices to control heart failure. Initially, there is a plan to make ambulance available in all the districts.

Aadhar card made mandatory to get birth and death certificates 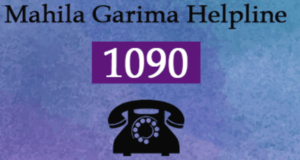 A 24*7 helpline for reporting crimes, emergency, law and order situations, information on criminals and harassments against women – 1090 has been launched by Jaipur Police. Features of Mahila Garima Helpline Number:

PM Modi to be in Udaipur on 29th

Jhalawar gets award for education initiative