The bank has established 285 ATMs and 2500 small ATMs in the state. The financial inclusion doorway system has also been started by the bank to promote digital payments and provide banking services at customers’ doorstep.

Under the UDAAN Scheme, flight service has been launched from Bikaner & Delhi.

Women and Child Welfare Department has launched “Chirali – साथ सदा के लिए ” Scheme. Under the Chirali scheme, volunteers will be installed for women’s safety in villages and women’s pressure groups will be formed. The scheme will be slaunched in the first 7 districts of Banswara, Bhilwara, Bundi, Jalore, Jhalawar, Nagaur and Pratapgarh. 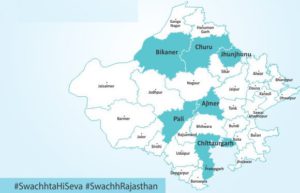 MOU between Devasthan Department and IRCTC for Pilgrimage Train

A MoU was signed between Devasthan Dept,Rajasthan and IRCTC for Rail Travel under Deendayal Upadhyay Senior Citizen Teerth Yatra Yojana 2017. Accordingly, railway travel to 13 pilgrim destinations selected by the Devasthanan Department will be done through IRCTC. The first train of this year has been proposed to be depart from Durgapura station, Jaipur to Rameswaram on October 26. 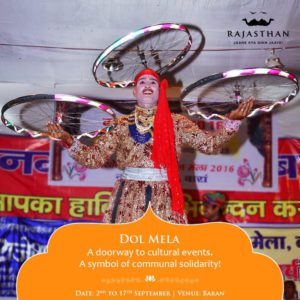 Dol Mela was organised from 2 to 17 September. Dolmela is organised at the Dol Talab (Pond) in the Baran from Jaljhulni Akadshi. The main attraction of this day is a big Shobha Yatra (procession) which have about 54 Dev Viman (The Holy Statue Carriers) which is also known as DOL, of all the major temples of the city. In this procession some Akhadas also demonstrates their Kartab (type of physical exercise). The procession started from Shreeji temple comes to the Dol Talab where all the Dev Vimans are worshiped and then these are sent back to the respective temples. This fair is organised for 15 days which is very popular among the local residents as well as the residents from the Rajasthan state. People from adjoining Madhya Pradesh also visit for this fair. This fair is the symbol of communal harmony in the area. 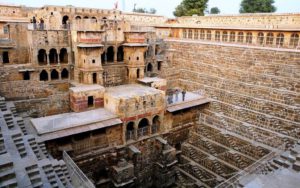 Abhaneri Festival was held on 21st & 22nd September at the Abhaneri village in Dausa district. The festival will witness artistes performing Shehnai Vaadan, puppet show, Behrupia, Raavanhatha, among others at Chand Baori and Harshat Mata temple.

The village of Abhaneri was originally named Abha Nagri, meaning “city of brightness”. The place is popular for the Chand Baori-step-well. The beautiful structure was built during the 8th and 9th centuries and has 3,500 narrow steps arranged in perfect symmetry, which descend 20m to the bottom of the well.

Jhalawar District has ranked at first place in Rajasthan in digitisation of medical records.