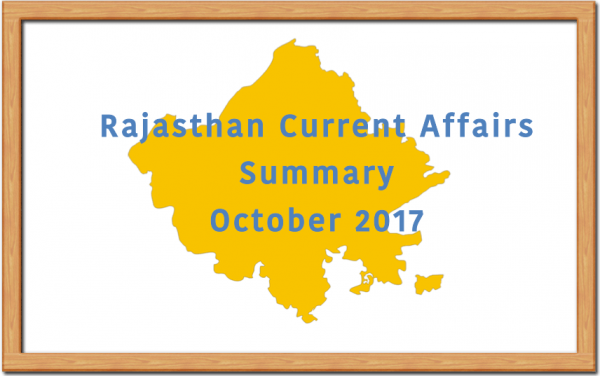 With tourism season having started in the state, the tourism department is focusing on foreign and domestic tourists. Last year Rs 63 crore was spent for global publicity while this year Rs 25 crore has been sanctioned. The extra budget has resulted in improvement in the number of tourist arrivals has increased by 17%. The department is actively working to achieve the target of 5 crore domestic tourist arrivals in the state.

Member of Parliament from Jhunjhunu, Mrs. Santosh Ahlawat has been entrusted with the responsibility of representing India at the 72nd UN General Assembly session. Along with Mrs Santosh Ahalawat, the former Union Minister Smt. Renuka Chowdhury and the Rajya Sabha nominated MP, Mr. Swapan Dasgupta will also be present in the conference.

To fulfill the vision of a clean and healthy India, Chief Minister announced the mission to the practice of open defecation by October 2, 2019 during the budget session of 2014.raj 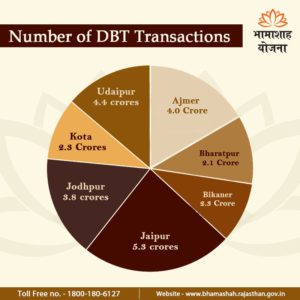 The Bhamashah Yojna, a flagship scheme launched by Rajasthan Government three years ago, reached a milestone  after direct cash transfer to the tune of Rs 10, 000 crore was crossed under it. The government is considering it a record as nearly 28 crore transactions have been done till date for the first time under the scheme.

A release by the government stated that more than 1.47 crore families and 5. 41 crore members are connected under Bhamashah Platform.

Development of religious monuments in Rajasthan

A master plan has been prepared for the development of Pushkar. The master plan of 366 crores is of two stages. To enhance the beauty of Pushkar, the ghats will be developed and restored here. The Varah Temple, Bhatayv Ganesh Kund and Mana Mandir will also be developed along with the Brahma Temple.