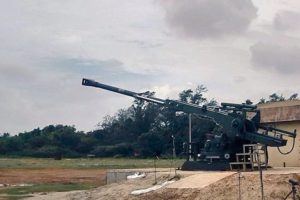 The Advanced Towed Artillery Gun System (ATAGS) project was started in 2013 by DRDO to replace older guns in service in the Indian Army with a modern 155mm artillery gun. The ATAGS is being developed by the Defence Research & Development Organisation on two parallel tracks – one prototype in partnership with Tata Power (Strategic Engineering Division) and another with Kalyani Group (Bharat Forge). The gun in its last trials in August 18 had fired up to 47.2  KMs.

For the first time in Rajasthan, Braille-enabled Electronic Voting Machines (EVMs) will be used for voting during state elections in December 2018 at all polling stations across the state. All the new M3 EVMs machines are enabled with Braille.