Prime Minister Modi released the results of the fourth cycle of All India Tiger Estimation – 2018 on the occasion of Global Tiger Day-2019.

The Prime Minister also released report of the 4th cycle of the Management Effectiveness Evaluation of Tiger Reserves (MEETR) on the 29th of July. The report assesses the tiger conservation efforts through globally accepted management effectiveness framework. As per report,

The Aravali Hills are believed to date back 350 million years, making them even older than the Himalayas. They stretch for some 800 kilometers (430 miles) from Delhi across the states of Gujarat, Rajasthan, and Haryana.

However, in recent times, they are under threat.

A 2018 report by the Supreme Court-appointed Central Empowered Committee (CEC) to determine the current state of the Aravalis, found that 31 out of the 128 hills located in Rajasthan have vanished in last 50 years due to illegal quarrying.

A 2017 report published by Indian Audits and Accounts Department detected 7,959 cases of silicosis — a lung disease caused by inhaling crystalline silica dust — in Rajasthan between January 2015 and February 2017, with 449 deaths across five districts in the state. The report additionally noted 2,548 mining sites where workers were prone to develop silicosis.

According to the June month’s ranking issued by the health department. The rankings are issued under the project Misaal, which is health department’s initiative to instil sense of competitiveness into the officials.

As per Dr SK Garg from state health department, Measles results in pneumonia and diarrhoea, which is the major contributor in under-5 mortality. Similarly, if pregnant woman is affected with Rubella then it can result in abortion, still birth and even if she delivers, the baby could be blind, deaf or suffer from some disability.

Makrana marble holds a unique place owing to its visual appeal and homogenous monomineralic attributes. Its crystalline, compact and interlocking texture renders it less porous and enhances its durability. Makrana Marble is perhaps the best available marble in the world having 95-98% calcium carbonate with almost negligible amount of iron content. These qualities have made the Makrana marble an ideal material for monuments and buildings.

Taj Mahal was probably the first monument in which marble from Makrana was used. It is believed that for construction of Taj Mahal, artisans came from the Mekran city of Iran and thus the place derived its name as Makrana.

Monuments made from Makrana Marble

The Supreme Court collegium headed by Chief Justice Ranjan Gogoi recommended appointment of two advocates as judges of the Rajasthan High Court. The advocates are Mahendra Goyal and Farzand Ali. 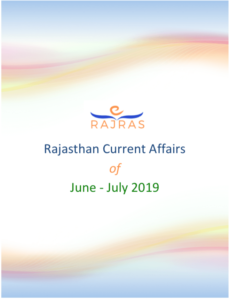