In the recently published Ease of Doing Business rankings by the Department of Industrial Policy Promotion (DIPP), Government of India , Rajasthan has led several Indian states in introducing and implementing business reforms and stood at Eighth position.

The DIPP assessment, conducted in partnership with the World Bank, is based on the states’ implementation of DIPP’s 340-point Business Reform Action Plan (BRAP)for 2015-16. Rajasthan implemented 96.43% of the BRAP,as against 98.78% implementation score of Andhra Pradesh and Telangana, which led the ranking.

Rajasthan’s  implementation score has increased by over 30% in the last year, and four of our reform activities have been recognized as national best practices.

Four of the state’s reform activities have been deemed national best practice:

However, in 2015 Rajasthan stood at Sixth position and so in 2016 , it has actually slipped two positions back. The main reason behind this lowering of the rank has been: 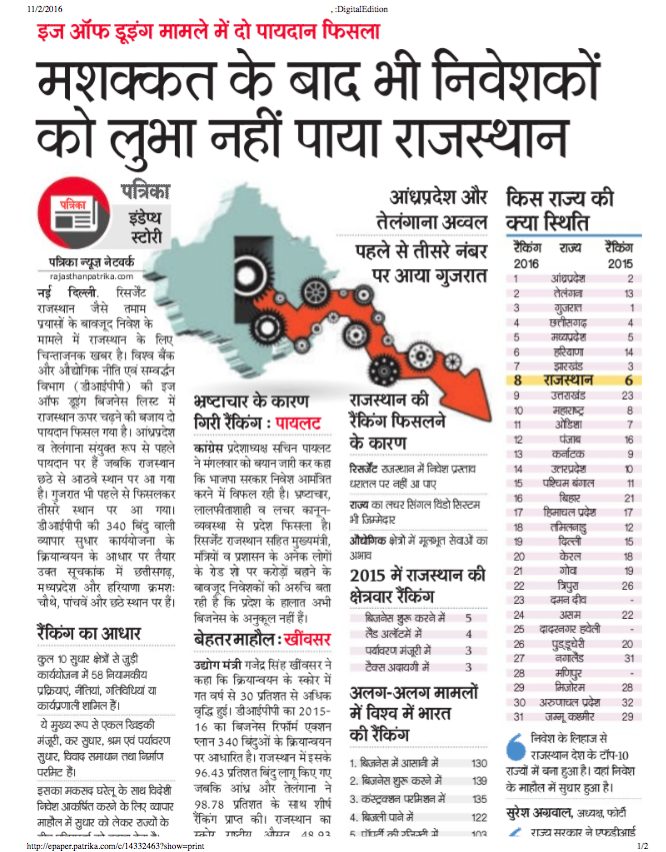