Neolithic or new stone age, which followed mesolithic age was the last phase of stone age. The Neolithic period began around 10700 to 9400 BC in Tell Qaramel in Northern Syria. In South Asia the date assigned to Neolithic period is 7000 BC and the earliest example is Mehrgarh Culture. 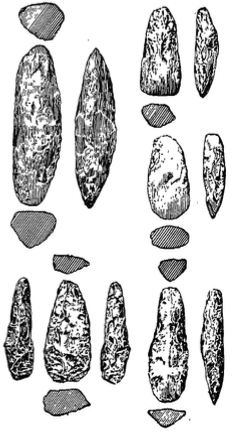 The use of pottery and the wheel and the subsequent invention of crafts like spinning, weaving and bead-making also serve to demonstrate the uniqueness of the neolithic phase. This transition from hunting-gathering to food production is called the Neolithic revolution.

Mehrgarh is located on bank of the Bolan River, a tributary of the Indus, at the eastern edge of the Baluchistan plateau overlooking the Indus plain.  It is considered as the oldest agricultural settlement in the Indian subcontinent. 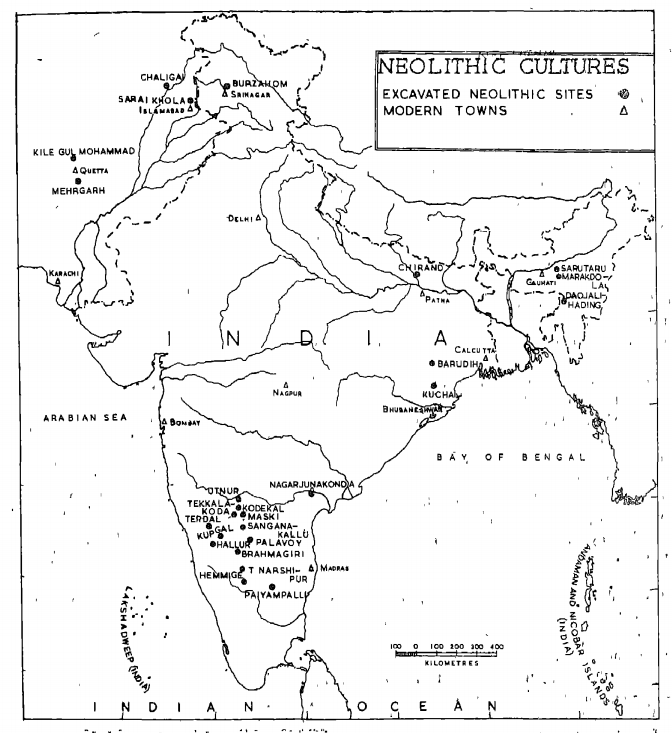 As you can see in map, there are no significant neolithic sites, that fall in modern Rajasthan.