The National Games comprises various disciplines in which sportsmen from the different states of India participate against each other.

The genesis of the National Games is in the Olympic movement, which gathered momentum in the country in the 1920’s. There was a  need to identify national talent that could be picked for the Olympic Games. With this idea, Dr. A. G. Noehren (Director YMCA) and Harry Crowe Buck (founder of YMCA College in Madras), conceptualised the idea of a sporting event to assimilate and channel the energy of the youth. The culmination of their efforts was the launching of the 1st edition of the Indian Olympic Games at Lahore (now in Pakistan) in February 2924 to select Indian competitors for the 1924 Paris Olympics.

The National Games are also held solely within the jurisdiction of the Indian Olympic Association. 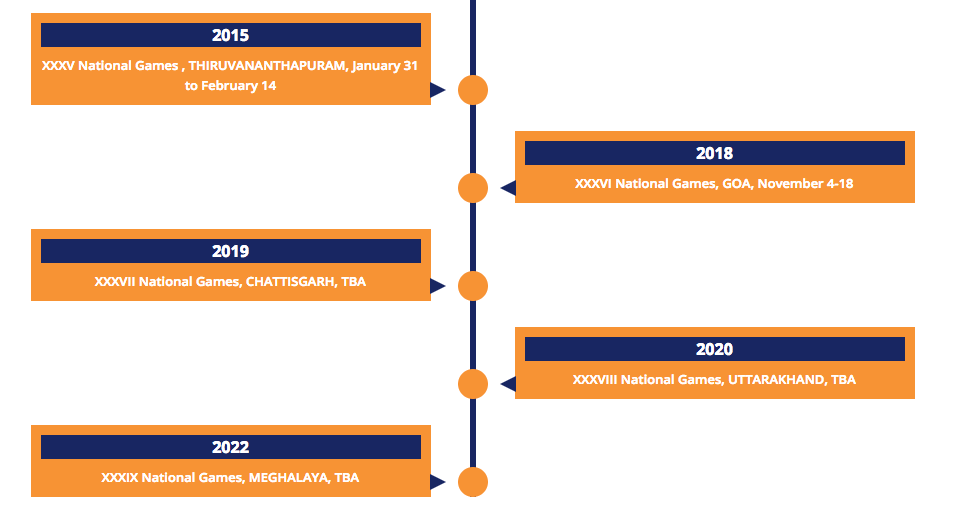