The National Family Health Survey 2015-16 (NFHS-4), the fourth in the NFHS series, provides information on population, health and nutrition for India and each State / Union territory. NFHS-4, for the first time, provides district-level estimates for many important indicators. The NFHS-3 was conducted in 2005-06. After a gap of 10 years, NFHS-4 (2015-16) has been released recently by the ministry of health.

Key Observations for Rajasthan from NFHS-4: 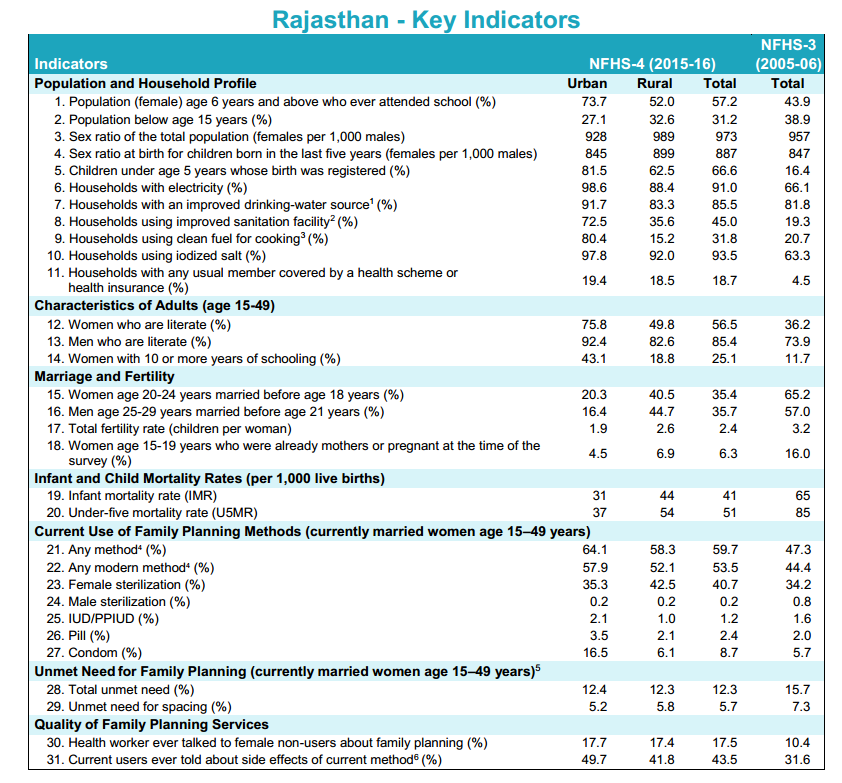