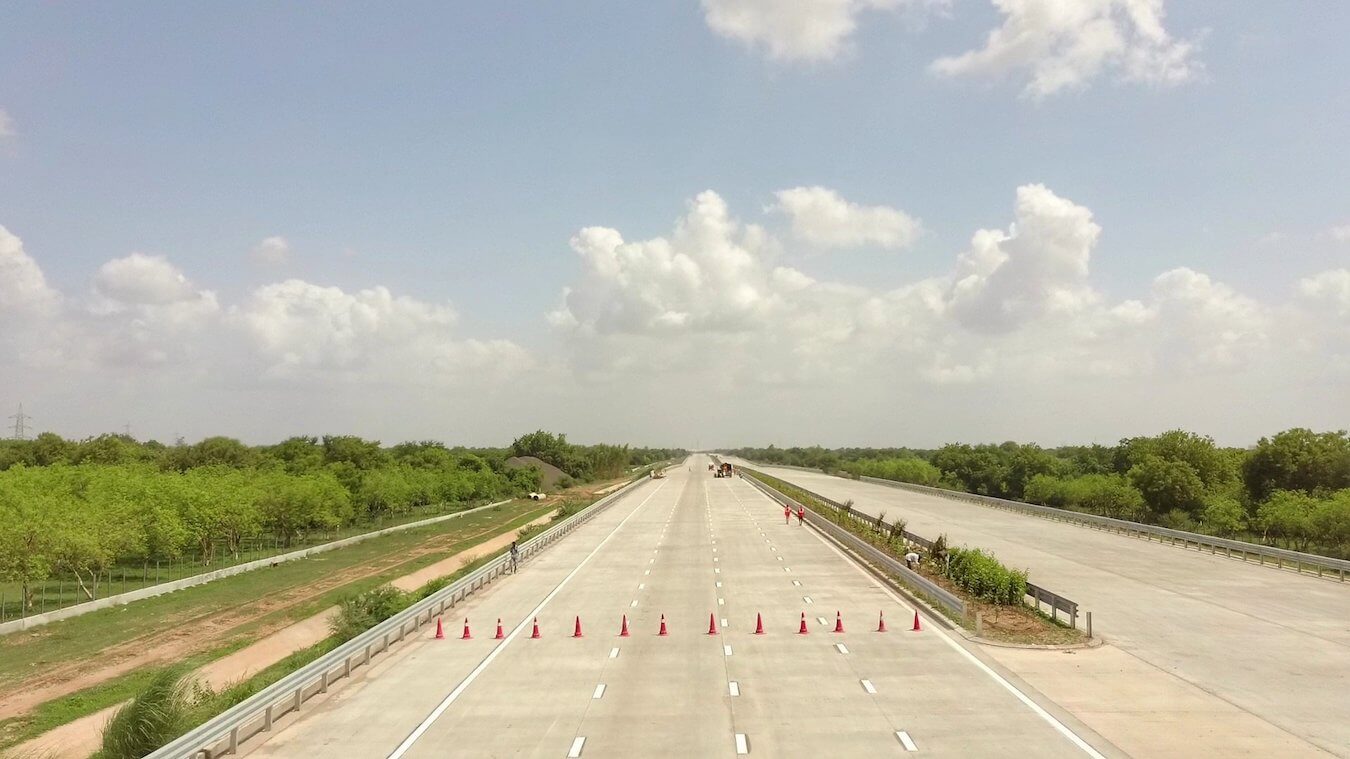 The new Delhi-Mumbai expressway is expected to halve the commute time between Delhi and Mumbai from nearly 24 hours to 12 hours and shorten the distance by 130 km. This will generate annual fuel savings of more than 320 million liters and reduce CO2 emissions by 850 million Kg which is equivalent to the planting of 40 million trees.

What is Delhi-Mumbai Expressway (DME)

The Delhi–Mumbai Expressway is a 1,380 km long, 8-lane wide (expandable to 12) under-construction access-controlled expressway connecting national capital New Delhi with its financial capital Mumbai. The expressway is being built at a cost of 98,000 crore and will be the longest expressway in India.  The Foundation stone of the project was laid by union minister Nitin Gadkari in presence of Sushma Swaraj & Arun Jaitley on 8 March 2019. Out of the 1,380 kms, contracts for more than 1,200 kms have already been awarded and is under progress.

The Delhi-Mumbai expressway passes through the six states of Delhi, Haryana, Rajasthan, Madhya Pradesh, Gujarat and Maharashtra with:

Minimizing environmental and wildlife impact has been a cornerstone for Delhi Mumbai Expressway. The expressway is the first in Asia and only the second in the world to feature animal overpasses to facilitate unrestricted movement of wildlife.

The Delhi-Mumbai Expressway will have 3 animal and 5 overpasses with a combined length of 7 km dedicated for unencumbered wildlife movement. The expressway will also include two iconic 8 lane tunnels which are a testament to the engineering prowess of the country, one tunneling through Mukundra Wildlife National Park without disturbing the endangered fauna in the region for 4 kms and the second 4 km 8 lane-tunnel will pass through the Matheran eco-sensitive zone.

To ensure faster implementation, use of technology was promoted through-out the project lifecycle where advanced technologies such as LiDAR, GPR, Digital maps were used during the preparation of Detailed Project Report followed by use of Drone based surveys, Equipment telematics, pre-casting during the construction stage. Additionally, the packaging of the construction was also planned scientifically to minimize overrun of time through intelligent tendering processes which enabled simultaneous working at multiple stretches.