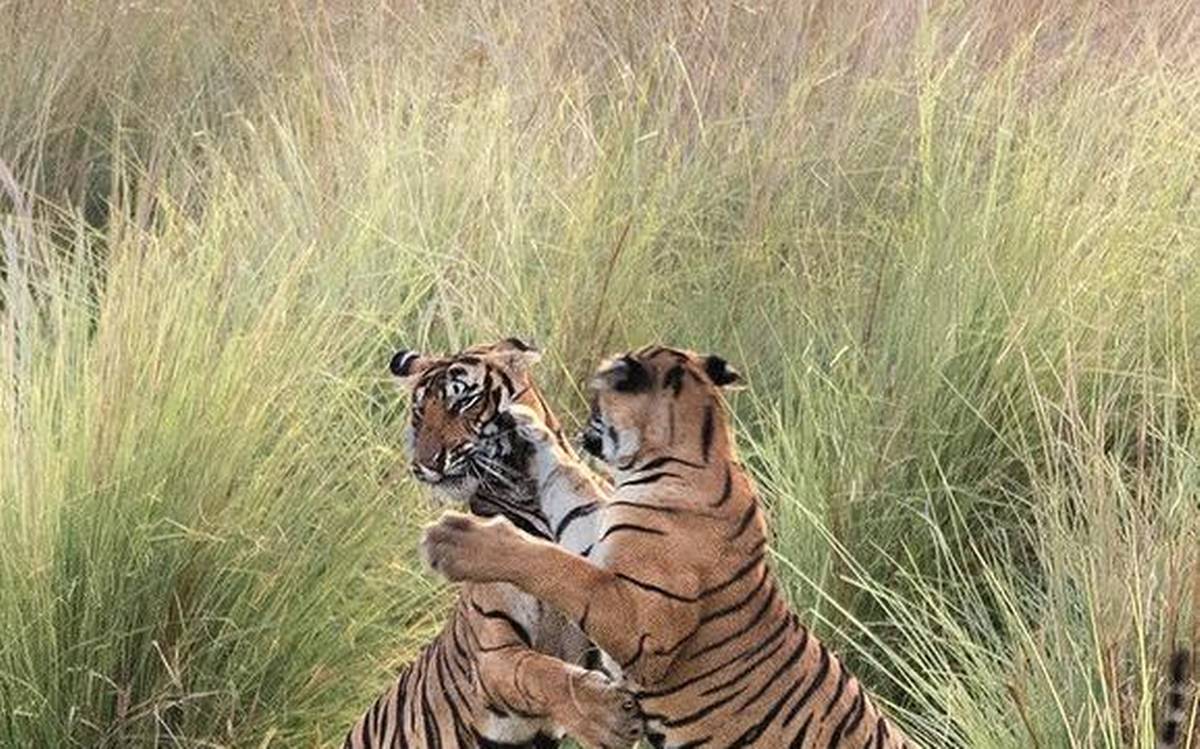 The Sanctuary is famous among environmentalists and conservationists for the community-initiated forest protection committees (referred to as kulhadi bandh panchayats) that are operational in the area.

The natural vegetation of the area is of the dry deciduous type with a predominance of Anogiesus pendula, locally known as dhok. The vegetation is spread across the three altitudinal levels of the sanctuary; the vegetation is also of three distinct kinds.

The terrain is characterised by some valleys and river gorges, locally referred to as khos. On account of higher moisture retention and cooler temperatures, these khos are the most suitable habitats for wildlife and nurture a wide variety of flora and fauna. These khos are considered to be richest reserves of biodiversity in the area.

Kailadevi Wildlife Sanctuary is located within the Karauli and Sapotra blocks in Karauli district of Rajasthan. It is bound on south-west side by Banas River & eastern side by Chambal River.

Common wildlife in this region are sloth bears, nilgai, sambar, cheetals or spotted deer, striped hyena, and Indian porcupine, among a host of other species.

Nearby Places to Visit